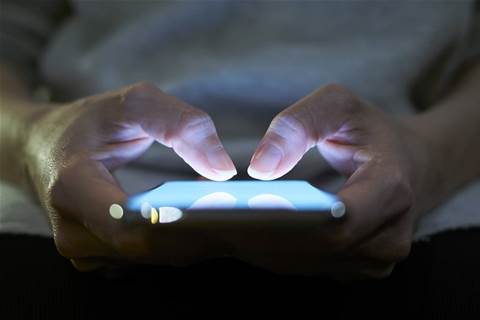 Digital platforms like Google and Facebook would be forced to notify Australian news organisations of algorithm changes ahead of time under a landmark media bargaining code developed by the Australian competition watchdog.

The draft code of conduct, released for public consultation on Friday, is intended to “address bargaining power imbalances between Australian news media businesses and digital platforms”.

If adopted, it will allow news organisations to bargain, either individually or collectively, with Google and Facebook “over payment for the inclusion of news on their services”, as well as introduce a number of enforceable minimum standards.

Where the two parties are unable to reach a deal on payment through a three-month negotiation and mediation process, a binding “final offer” arbitration process will be used to choose the most reasonable offer.

The Australian Competition and Consumer Commission has been developing the code since April after the development of a voluntary code proposed in the government’s digital platforms inquiry stalled.

The “accelerated” process was largely prompted by the coronavirus pandemic, which Treasurer Josh Frydenberg said had “exacerbated” the “sharp decline in advertising revenue” at media organisations.

The code would be mandatory for Google and Facebook, as well as potentially other digital platforms in the future, if the Treasurer “makes a determination specifying that the code would apply to them”.

Under the draft code, Google and Facebook would have to provide news organisations with 28 days notice of “significant algorithm changes” to allow them to adapt their business models.

This includes any changes that are “likely to materially affect referral traffic”, “affect ranking of news behind paywalls” or result in “substantial changes to the display and presentation of news, and advertising directly associated with news, on digital platform services”.

“This advanced notice would give all news media businesses the opportunity to implement strategies to maintain or increase audience reach and engagement with their news on digital platform services”.

The code would also give the digital platforms the flexibility to “implement urgent algorithm changes in a shorter timeframe under certain exceptional circumstances” such as removing misinformation or responding to a significant event like the 2019 Christchurch terror attack.

Digital platforms will also be required to provide news organisations with “clear information about the nature and availability of user data collected through users’ interactions with news on their services”.

But the code also makes it clear that there is no requirement for “digital platforms to increase sharing of users data with news media businesses”.

“Under the code, digital platforms must give news media businesses clear information that explains what data they collect on users’ interactions with news content on their services,” the ACCC states.

“This requirement is intended to resolve an information asymmetry between digital platforms and news media businesses.

Digital platforms that contrevene the code or media organisations that don't act in “good faith” during negotiations would potentially face infringement enforcement action for non-compliance.

The ACCC will be able to issue infringement notices of “600 penalty units ($133,2000) where it has reasonable grounds to believe a party that has contravened the code” or, for more serious matters, commence court proceedings.

ACCC chair Rod Sims said the code, which takes the approaches the experience of other regulators and policymakers in other countries into account, to address the power imbalance between digital platforms and news organisations.

“There is a fundamental bargaining power imbalance between news media businesses and the major digital platforms, partly because news businesses have no option but to deal with the platforms, and have had little ability to negotiate over payment for their content or other issues,” he said.

“We wanted a model that would address this bargaining power imbalance and result in fair payment for content, which avoided unproductive and drawn-out negotiations, and wouldn’t reduce the availability of Australian news on Google and Facebook.”

“We believe our proposed draft code achieves these purposes.”

Consultation on the code will close on August 28.