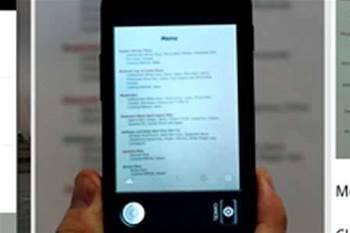 Google today launched its Google Docs for Android application, allowing users to capture and convert photos to documents from their mobile phones.

Built by engineers in Sydney and a design team in Tokyo, Japan, the native application was launched with document creation and sharing capabilities.

It built on Google’s introduction of mobile website ‘Google Docs for Mobile’ last November, which enabled spreadsheet editing from most mobile operating systems, and document editing from Android and Apple iOS devices such as the popular iPhone and iPad.

For the Android app, Google has introduced Optical Character Recognition (OCR), sharing and uploading features. Google expected OCR to do “a pretty good job” recognising unformatted, English-language text, but not handwriting or some fonts.

A spokesman declined to disclose any plans for developing native applications or introducing the new features on non-Android operating systems.

“We are committed to delivering the best possible mobile experience across all of its products including Docs,” Google’s spokesman told iTnews today.

“We will continue to add to these mobile offerings but have nothing further to announce at this time."

Since the launch of Android smartphones in 2008, the Google-developed operating system has grown to account for a majority of the smartphone market in late 2010.

According to market research firm Strategy Analytics, Android also accounted for 22 percent of the tablet market in Q4 2010, with Apple’s share falling from 95 to 75 percent that quarter.

Google’s Sydney team announced the availability of the Docs for Android application for Android 2.1+ phones on the Google Australia Blog this morning.

In a separate announcement yesterday, Google cut back its free Apps service for enterprises, so new customers would have to pay if seeking support for more than 10 users.