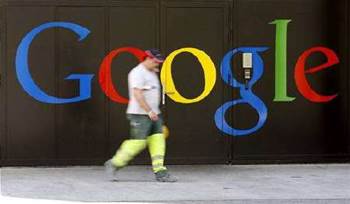 Google is delaying widespread access to the new version of its Android software, saying it has more work to do before the product is ready for certain types of devices.

Google unveiled Android 3.0, known as Honeycomb, earlier this year, billing it as the first version of its Android operating system designed from the ground up for use in tablet PCs.

Honeycomb software is already available on the Motorola Xoom tablet, which went on sale in February.

The software represents Google's first dedicated effort to challenge the dominance of Apple's iPad in the nascent tablet PC market.

But Google said it will not immediately make its Honeycomb software available as open source code, the company's traditional practice with Android whereby any developers are free to modify the software as they see fit.

The reason for the delay, Google said, was because Honeycomb was not ready to be customised for use on smartphones.

"While we're excited to offer these new features to Android tablets, we have more work to do before we can deliver them to other device types including phones," a Google spokesman said in an emailed statement.

"We're committed to providing Android as an open platform across many device types and will publish the source as soon as it's ready," the statement said.

The spokesman said there was no timeline at the moment for when Honeycomb would be available as open source software.

News of the delay was first reported by Bloomberg Businessweek on Thursday.

Previous versions of Google's two-year-old Android software have primarily been used in smartphones. Google became the No. 1 smartphone operating system in the world in the fourth quarter of 2010, according to research firm Canalys.