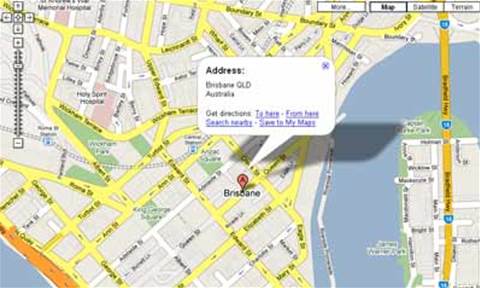 Strives to update service within one month of red flag.

Google has promised to attempt to update its online Maps service within one month of any verified public complaint about inaccuracies, responding to concerns raised about a late 2010 decision to abandon the official sources of information that previously informed the data.

In November Google announced it would replace map data from the Public Sector Mapping Authority (PMSA) with data from Sensis/Whereis.

Data accuracy, the online giant said, would be crowd-sourced and maintained in the future by users as opposed to the PSMA.

The Spatial Industries Business Association (SIBA) has since warned that users need to be made aware of the accuracy and reliability of the data used in online maps.

"User-based updating techniques ("crowd sourcing") may be adequate for some types of data/user but it is not the case for all,” the association said in a released statement. “For example, it is not feasible for the public to effectively maintain comprehensive address and property boundary data.  To be reliable, these data need to be derived from authoritative sources.

"The cost of inaccurate data for services such as emergency management, ambulance and fire services, security and a range of commercial applications can be very high."

Maps users have noted some inaccuracies since Google made the switch, especially with relation to roads in less populated areas.

"How many people have to report this problem before Google reverts to PSMA and their useful maps of country areas? The WhereIs maps have NEVER had minor roads included!" submitted user "Bogaduck" on Google's mapping blog.

"Most of the minor roads - especially in forest areas - have disappeared, to be replaced by very approximate, un-named dotted lines," said another in the Whirlpool Forum.

Others noted that several roads were renamed with false names.

A Google spokesman responded to iTnews’ inquiries, defending it's move as being in the interests of users and stating it was "committed to providing users with the richest, most up-to-date maps possible".

"We continuously explore ways to integrate new information from our users and authoritative partners into Google Maps. We have built our map from a wide range of authoritative sources, including business listings from multiple companies and business owners, and maps from sources including Whereis and others, such as the Great Barrier Reef Marine Park Authority," the spokesman said.

Google has also introduced additional data to help enrich maps experiences for Australians, including traffic lights on Maps to aid navigation and orientation, which has to date only been launched in Australia and Japan, the spokesman said.

"But we recognise that there may be occasional inaccuracies."

Google has introduced a "Report a Problem" tool to let users alert the company about these inaccuracies, she said.

"We strive to make these changes within one month.”

Spatial information strategist Maurits van der Vlugt has offered Google a defence in his blog, arguing that crowd sourcing of mapping can deliver content "that is more accurate, and certainly more current than traditionally sourced data".

Where updates such as new roads or developments typically take over six months to make it to the PSMA datasets, they are visible in crowd sourced alternatives such as OpenStreetMap almost instantaneously, he said.

"For many users data currency is a critical component in determining quality and fitness for purpose. To suggest that only so-called 'authoritative' providers can give us 'the best quality possible' represents a rather limited perspective," he said.