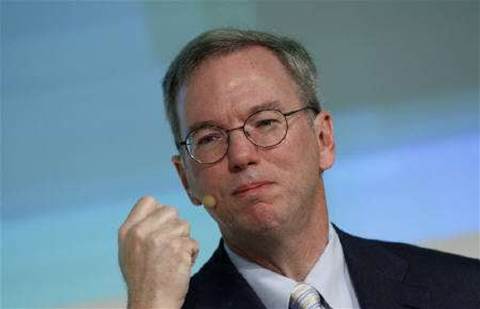 Google tried hard to win Nokia over to its Android mobile platform before the Finnish handset vendor decided to throw its lot in with Microsoft, according to the company's chief executive Eric Schmidt.

"We would have loved if they had chosen Android. They chose the other guys," Schmidt said during a keynote speech at the Mobile World Congress in Barcelona.

"We had confidential negotiations with Nokia that were very extensive," he later told journalists.

Google, the world leader in web searching, has taken an intense interest in mobile in the last few years. Schmidt told the same Barcelona event last year the company was putting mobile at the centre of its strategy.

Google is wooing the mobile industry in part because it needs operators to invest in fast and powerful networks to enable Google services such as maps, voice-activated search or the sharing of video on YouTube.

Schmidt said 35 hours of video were now being uploaded to YouTube every minute, with more than 2 billion views per day -- increasingly from mobile devices.

He said sales at YouTube, whose financial results Google does not break out, had doubled last year and that professional content providers with which Google shares YouTube revenue would soon be able to build significant businesses on the partnership.

Google has faced investor criticism for the scale of its investments in YouTube. It has yet to reveal if YouTube has been profitable.

A person familiar with the discussions told Reuters last week that Google was in talks to buy privately held Web video producer Next New Networks.

Schmidt declined to comment on the matter but reiterated that Google had no plans to become a content provider.

"It's important not to own businesses that you don't understand. There's a line, and because content is very hard -- it's a very specialised business -- we want to stay on the engineering side, which we do understand," he said.

Google could profit enormously from the wealth of information on its users that is owned by social networks, and a rivalry has sprung up between it and Facebook. Twitter could help it in that regard, as well as in real-time search.

At the same time, Google is under investigation by the European Commission for allegedly abusing its dominant position in the web search market by giving its own services preference in search results.

A source familiar with the case has told Reuters that Google and EU regulators are in tentative talks to resolve the antitrust probe. Schmidt said he did now know whether the matter could be settled.

"We've promised to talk to them, we've had some meetings and I'm sure we'll have many more," he said. "We obviously would like to work with them and if there's anything that they're unhappy with, I'm sure we'll address it one way or the other."