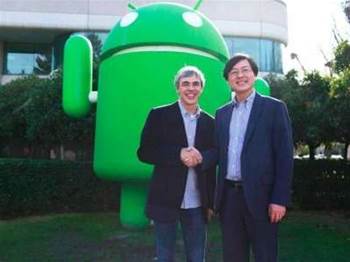 Internet giant Google bought an almost 6 percent stake in Lenovo last month for US$750 million (A$838 million), according to a disclosure on the Hong Kong stock exchange.

Google acquired 618.3 million Lenovo shares at US$1.2 per share on January 30 - the same time it revealed the purchase of Motorola Mobility.

Last Thursday the pair confirmed Lenovo had agreed to buy Google's handset division for US$2.9 billion (A$3.3 billion) in a cash and stock deal.

The Motorola Mobility unit, which includes the Moto X and Moto G smartphones, also holds some 17,500 phone-related patents - the majority of which Google retained and will license to Lenovo.

Lenovo acquired 2000 of the patents under the deal.