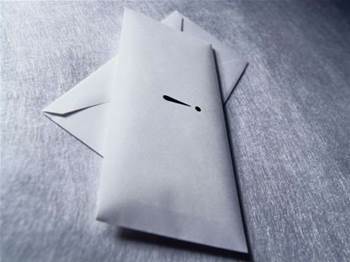 Chris DiBona, Google's open source programmes manager, proposed in a discussion on a mailing list for the Open Source Initiative (OSI) to set additional requirements for Microsoft beyond those spelled out in the Open Source Definition.

Microsoft should be required to stop referring to its licences as 'shared source', which DiBona argued is confusing users.

Microsoft should be forbidden from making patent threats and using its Windows desktop monopoly to deter the bundling of open source software with new computers.

Microsoft executives have compared open source with "cancer" and "communism" , and the company has waged a public relations war against open source applications including Linux by claiming that they violate multiple Microsoft patents.

DiBona proposed that the OSI should turn down Microsoft's application if it fails to meet the additional requirements.

Such a refusal, charged DiBona, would provide further proof that the vendor has a double morale and is really out to undermine open source.

"Why should we see this seeking of approval as anything but yet another attack in the guise of friendliness?" DiBona asked.

The OSI certifies software licences as officially open source, judged by compliance to rules set in the Open Source Definition.

Bill Hilf, Microsoft's general manager of platform strategy, quickly pointed out that none of DiBona's objections are listed in the Definition, and that Google's open source image itself is less than spotless.

Google is a famous example of a software maker that is a heavy consumer of open source technology, but fails to give back accordingly.

As a service provider, Google is exempt from distributing changes and adaptations that it makes to General Public Licence (GPL) software such as Linux.

Cases such as Google's prompted the creation of the Honest Public Licence last year which closes the GPL loophole for providers of hosted applications.

Microsoft's licence also has to clear the obstacle of licence proliferation. There are currently 59 open source licences, and this abundance is considered a distraction for corporations, and a hindrance to the adoption of open source software.

Microsoft's proposed licences resemble the Apache 2.0 and BSD licences. Instead of creating yet another licence, some critics argue that Microsoft should simply release its software under one of these licences.

Microsoft has not yet responded to the suggestion that it should use an existing open source licence instead.

A refusal to do so could further fuel claims of Microsoft's hypocrisy. The vendor pointed at the open source licence proliferation in 2005 as evidence of open source lacking appeal to enterprises.
Got a news tip for our journalists? Share it with us anonymously here.
Copyright ©v3.co.uk
Tags:
atbalksgooglelicencemicrosoftsopensoftwaresource