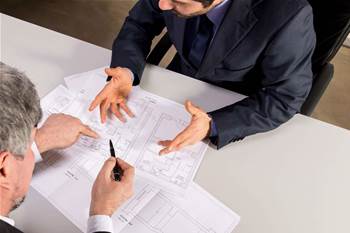 Hit back at focus on tech companies.

Google and Apple have defended the amount of tax they pay in Australia as the Tax Office works to shut down their complex revenue offshoring arrangements.

The ATO has been working to stamp out cross-border tax structures and profit shifting used by multinationals like Google and Apple to reduce the amount they contribute in higher-taxing countries like Australia.

Apple paid $80.3 million in tax last financial year, from revenues of $6 billion, thanks to a complex but legal tax structure which allows it to shift profits to an Irish subsidiary.

The company has long argued that it fully complies with its local tax obligations, and this week claimed the amount of Australian tax it pays is relative to its local activities.

“The bulk of [Apple]’s revenue is derived from the distribution of Apple finished goods to Australian businesses and ­consumers," Apple wrote in a submission to a senate committee investigating corporate tax..

“[Apple] purchases those finished goods from its offshore affiliates at an arm’s length price, resulting in profits commensurate with the value of [Apple's] activities in Australia.”

It also lobbied for the renewal of a lapsed advanced pricing agreement (APA) with the ATO.

Such an agreement would allow Apple to pay a set amount of tax ahead of time.

The company said its APA with the ATO - which started in the early 90's - had expired despite its efforts to renew.

".. but [Apple] was and remains willing to enter into a ­further APA with the ATO for ­future years,” the company wrote.

Fellow technology vendor Google - which has previously been singled out by Treasurer Joe Hockey for its own revenue treatment - claimed it paid "billions" in local tax but declined to provide a figure.

It said its global average tax rate for 2014 was 19 percent, only slightly lower than the 25 percent OECD average.

Google also argued that technology companies were "commonly, and incorrectly, singled out during tax debates due to their digital ­nature," and urged against a global tax crackdown aimed solely at increasing government income in the short term.

“Whether this emerges through co-operative change agreed between countries, or in a series of country-by-country changes, the only way for every country to gain would be to see the same dollar of profit taxed twice," the company wrote in its submission.

“The goal of multilateral tax coordination shouldn’t be to see one country gain revenue at the expense of another, but to ensure a consistent rules-based approach to taxation, creating certainty for companies operating across borders and predictable revenue streams for government budgets."

The Australian Government relies heavily on corporate tax, which is the second largest source of federal revenue behind income tax.

In 2012-13, corporate tax revenue totalled $66.9 billion, representing 28 percent of the total $237 billion income tax revenue, according to the ATO.