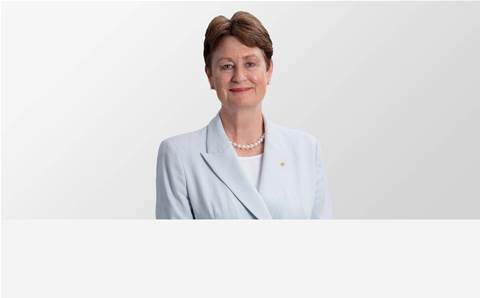 When it comes to advisory boards and reviews, Australia might just have reached peak David Thodey.

The NSW Berejiklian government on Monday put on it's glamour parade of corporate, scientific and academic muscle, naming two retail bank chairmen, a swag of vice chancellors and chancellors and national business lobby leaders to its new R&D Advisory Council.

A little light on light on publicity, but hefty in terms of influence, the new advisory group is the state's latest bid harness its bulging coffers to not just secure but weld down bragging rights as leading state for tech and scientific research and development.

It's also a crew with track record of resilience, despatching mediocracy, motherhood and, let's face it, the occasional bank CEO. The new council will advise on how best to accelerate and direct R&D investment in the state and, with any luck, keep rent seekers at bay.

An unkind person might observe there is a deliberate weighting to those who have demonstrated an ability to create lasting wealth, as opposed to just burning through VC funds.

Clearly there's no hard feelings about missing out to ANZ for on the state's transactional accounts. Or less appetite for lower profit customers. And free Atlassian lessons.

With the NSW government is currently inviting submissions from stakeholders in the research and development space, ranging from universities to industry and start-ups, on how it can support R&D and the commercialisation ecosystem within the state, here's the roll call.

It's suspected the Member for Vaucluse could also advise where there are discrete waterfront coffee locations unmolested by paparazzi or operatives for Beijing-based short sellers looking for their next unicorn to take to the knackery.

Of course it's not a bad time to invest in some firepower to convince investors and vendors to sink some cash into NSW, especially as a counterweight to the infrastructure boom.

Premier Gladys Berejiklian said in a statement that along with supporting the economy and jobs creation, improved investments in R&D could lead to improved health and social wellbeing - a timely announcement given the Sydney Morning Herald’s report on the disparity in health outcomes across Sydney’s socio-economic divide.

“R&D in NSW already has strengths in a range of fields, supported by NSW's world class universities and industry, for instance, in advanced manufacturing and in agribusiness,” Berejiklian said.

“Now is the time to step up our efforts and to lead the nation.”

Gonski, in his capacity as chairperson of the council said in a statement that the first meeting was “highly productive”, with insightful and engaging discussions and contributions from the council members”.

The NSW Innovation and Productivity Council’s 2019 scorecard estimates around $11 billion was invested in R&D in NSW last calendar year, equating to around 1.9 percent of gross state product.

Submissions to the council are open until 13 December 2019.