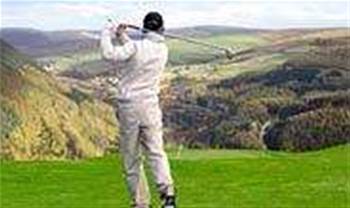 The amount of malware on golf-related websites increased dramatically in the run up to the Ryder Cup competition, according to a Web security firm.

ScanSafe said that the popularity of Team USA and Tiger Woods had made them an attractive target for malware authors.

In a sample of results from ScanSafe's beta search tool Scandoo, nearly 30 percent of searches with terms such as 'Tiger Woods' and 'Tom Lehman' yielded some kind of malware, including spyware, adware and trojans.

"Malware authors use the popularity of celebrities such as Tiger Woods and events like the Ryder Cup to spread their programs and infect PCs," said Dan Nadir, vice president of product strategy at ScanSafe.

"It is important for users to remember that even seemingly innocuous web surfing can expose them to potential security risks including inappropriate content, web viruses and spyware that can potentially steal confidential information and passwords."

ScanSafe said that visits to Ryder Cup-related websites increased by 1,000 percent as the tournament got underway.

Europe won the Ryder Cup for the third successive year, beating the US 18½ to 9½.

Got a news tip for our journalists? Share it with us anonymously here.
Copyright ©v3.co.uk
Tags:
fallgolfintomalwaresandsecuritysitestrap