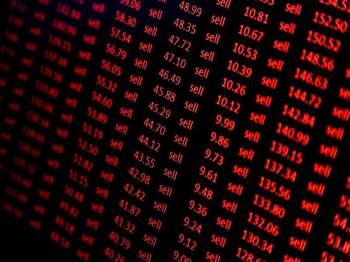 Former Goldman Sachs computer programer Sergey Aleynikov faces up to 15 years imprisonment after a jury in a Manhattan federal court on Friday found him guilty of stealing proprietary source code behind its prized high-frequency trading platform.

Aleynikov had developed and maintained the platform for the trading firm between May 2007 and June 2009 -- a job that reportedly netted him US$400,000 a year.

The theft took place in 2009 after Aleynikov accepted a role at a newly-formed company, Teza Technologies, where he was asked to build it its own high-frequency trading system.

On his arrest, Aleynikov had admitted to FBI agents that he had breached Goldman Sach's confidentiality agreement by uploading the code to a server in Germany, but contested the accusation of theft.

The programmer's defence relied on a distinction between proprietary and open source code, according to a report by the New York Times.

"There's not a law in the land that makes it a crime to use of collect or download open-source code," Aleynikov's lawyer Kevin Marino said during the trial. "I will dispute to my death that violating a Goldman Sachs confidentiality provision is a federal crime."

Goldman Sachs inherited its trading platform in 1999 when it acquired the Hull Trading Company for $500 million. Improvements over the years included an intrusion prevention measures to limit access to it and the broader network, according to statement issued by the US Department of Justice.

Regulators in the US, European Union and UK are currently investigating the potential for high frequency trading platforms, along with general fragmentation of trading, to contribute to shocks similar to the May 6 "flash crash" in the US.