Going for gold in IT performance 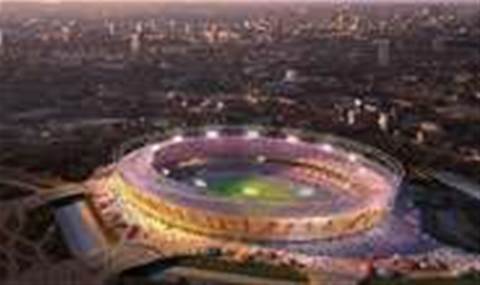 The IT team that will build and support the systems behind the London 2012 Olympic Games is taking shape.

Running the technology for the Olympics is the world’s largest sports-related IT contract. Delay or failure on the part of the supplier is simply not an option – ­ it is a situation that could result in billions of sports fans around the world being unable to watch the Olympics.

So it is not surprising that once the International Olympic Committee (IOC) finds a supplier it trusts, it tends to stick with them.

Atos Origin successfully handled both the Athens and Beijing Olympics for the IOC, and Michelle Hyron, recently appointed as chief integrator for 2012, is determined to make sure the London operation goes equally smoothly.

“The technical challenges remain much the same from one Games to another,” she said. “The biggest challenge is the fixed deadline and the fact that everything simply has to work on time – ­ there are no second chances.”

It is undoubtedly a huge operation, providing information from 39 competition venues, issuing some 200,000 accreditations and handling more than one million hits per day on information pages – ­ and that was just in Beijing.

Atos will work with a number of smaller suppliers and subcontractors, which vary from country to country, making the integration process that bit more complex.

“We are working with a team of partners from different cultures, companies and countries, so managing that is always a challenge in itself,” said Hyron.

The IOC picks the partners rather than Atos, though some remain the same from one Olympics to another, such as timekeeper Omega. Typically, telecom partners change depending on where the games are held, and Atos will be working closely with BT in London.

The extensive hardware is provided by the local organising committee and getting it all working is a key challenge. Some 1,000 servers in a primary and secondary datacentre, 1,000 network devices and 10,000 PCs in several locations were linked up in Beijing. After the event, the Olympic Committee distributes the hardware to schools and charities.

The PCs will be used mostly for providing information to the “Olympic family” who will remain onsite for most of the event’s duration ­ including the IOC itself, the athletes and their support teams and the media.

This effort will be mostly co-ordinated from the technical operations centre – ­ the Olympics communications nerve centre.

“This is where the critical decisions will be made and there will be one representative of each supplier based here,” said Hyron. “We will have 160 people in there at peak times and there will be people there 24 hours a day.”

The centre constantly monitors systems to be sure everything is running properly and will provide support if something goes wrong.

The games management systems cover accreditation for Olympic workers and the Olympic family and an online application portal for volunteers.

With such a sprawling architecture and so many people involved, how does Hyron plan to avoid disaster when all the eyes of the world are watching?

“Testing,” she said. “And more testing. That is the key factor.”

The integration lab is where testing of systems specific to each sport takes place. Next year, Atos Origin will review the Olympic architecture and look at the hardware it needs to support everything. By the end of 2009 it will have chosen the equipment and the quantities it needs, and will hand the Olympic committee an expensive shopping list.

In 2010 a 1,000 square metres integration lab will be built on or near the Olympics site. This is where the equipment that will go in the venues is installed and tested.

Each sport has a cell within the lab with all the monitoring equipment that timekeeper Omega will use for each event. That equipment is then individually tested by a team of people who know about the sport and how success is measured.

Various tests will be performed on each sport’s equipment as the event draws nearer, including delivery acceptance, end-to-end testing, TV graphics, user acceptance, multi-sports tests and a full technical rehearsal.
Got a news tip for our journalists? Share it with us anonymously here.
Copyright © 2010 Computing
Tags:
for going gold hardware in it performance