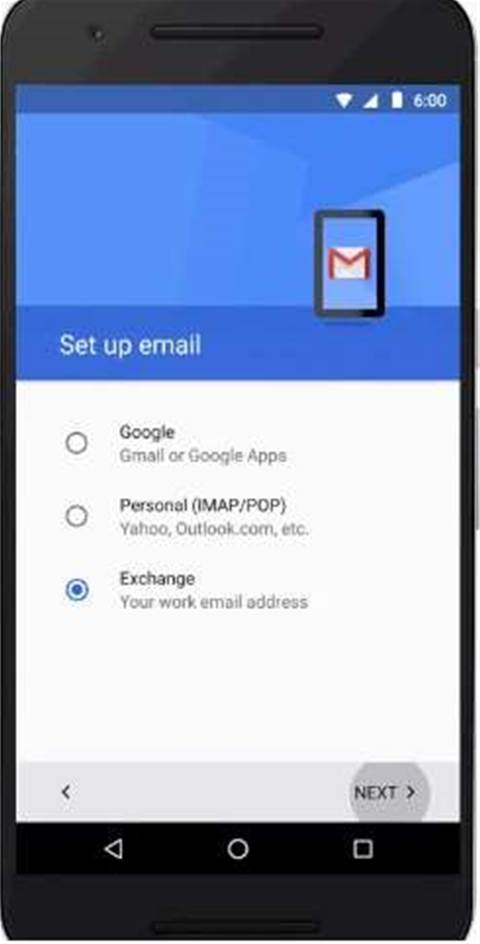 Google has released an update for its Gmail app on Android to support Microsoft Exchange email accounts, rectifying a long-noted shortcoming with the application.

Google has supported third-party email providers like Yahoo, Hotmail and Outlook in the Android Gmail app for several years, but Exchange has been notably absent. Exchange users have, however, been supported on Gmail within Google's own Nexus line of smartphones.

Now, Google will offer a dedicated option for Exchange when users open a new account in Gmail on Android.

All Android users will see the update in the Google Play store over the next few days, Google said.

The update will allow users of Exchange - the standard for many work-related email accounts - to access their professional email, calendar and contacts from within the Gmail application, alongside personal Gmail accounts.

The change is likely to be well received; historically Android Gmail users turned to workarounds like downloading the Exchange Services APK to access Exchange within the email application.

Google has declined to extend the same Exchange support option to iOS users. On that platform, Gmail will only support Google's IMAPv4-based mail retrieval protocol.