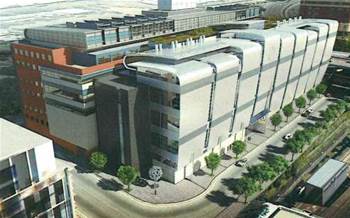 The data centre operator yesterday received planning approval (pdf) for a series of modifications to the forthcoming facility, including more changes to the gross floor area.

The revised figures are still down on the initial floor space that had been touted when the data centre project was first approved in November 2010.

"The actual gross floor area is almost irrelevant to what the building delivers to our customers," he said.

Other approved changes include an "adjustment" to the floor levels in Sydney East so they align with those in the existing Sydney West facility, and some rejigging of basement and rooftop layouts with respect to "services arrangements/reticulation" and roof plant.