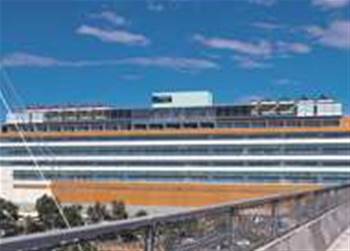 Global Switch has revealed it has almost completed the fitout of level 7 of its Sydney data centre.

Project Manager Andrew Ball told iTnews that the fitout had been completed in stages with the "final handover" due in about March 2012.

Level 7 was different to other floors in the flagship facility because it supported average floor densities per square that were between 10 and 15 percent higher than on lower floors.

It was also the first floor in the building to use chilled water computer room air conditioning (CRAC) units made by Stulz.

"There's a relatively high power density in the suites, to the point where we needed [CRAC] units to provide maximum cooling for that scenario," Ball said.

Each unit had to support a cooling capacity of 114 kW, but was rated by the manufacturer to perform at up to 165 kW, according to a product brochure [pdf].

The buy was partly influenced by "favourable results" from a study of the technology in Global Switch's Paris2 data centre (launching later this year).

Stulz units have also been installed in Global Switch's Singapore data centre; however, level 7 Sydney was the first time the technology had been used by the data centre operator locally.

Specialist equipment placement contractors were brought in to maneuver the CRAC units into position on the floor. The units were able to be transported to level 7 using an internal goods lift.

He said Stulz won praise from Global Switch for getting its systems in place within a tight timeframe for the stage one build of level 7.

Major customer wins for Global Switch in the past six months included Department of Defence and NBN Co; however, Ball said he could not reveal whether either was housed on level 7.