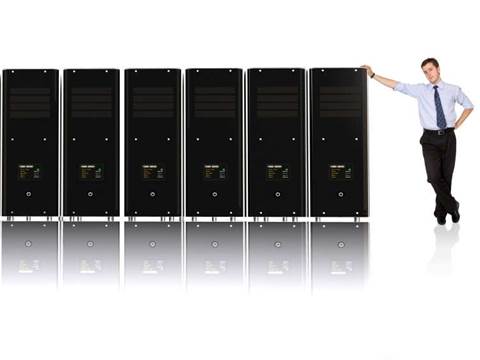 Revenue from enterprise storage sank 11 per cent in the first quarter of 2009, according to the latest figures from Gartner.

The total market for external controller-based disk storage was US$3.8 billion in the first quarter, Gartner said, down 11.1 per cent from US$4.2 billion in Q1 2008.

The analyst group attributes the fall to the economic downturn and longer sales cycles.

Gartner analyst Phillip Sargeant notes that while total vendor revenue has dropped by 11.1 per cent year-on-year, storage capacity rose by some 26 per cent in the same time frame.

Sargeant says the storage market has become so competitive, storage vendors are "offering discounts of between 40 and 70 per cent."

Sargeant said many users have simply put off or delayed a number of their projects due to the tight economy.

"When the economy rebounds I expect the storage industry to do the same," he said. "There will always be the odd project that will require massive amounts of storage, [but] I'm not seeing a whole lot at this time."

EMC continues to dominate the market with US$879 million of revenue for the quarter and roughly 23 per cent market share, followed by IBM with 11.1 per cent, Hitachi/HDS with 10.6 per cent, HP with 9.8 per cent, Dell with 9.2 per cent, NetApp with 8.5 per cent and Sun Microsystems with 4 per cent.

Sargeant said several vendors continue to mask how much of their revenues are attributable to OEM sales.