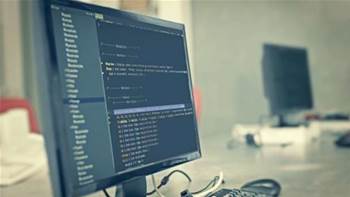 But is migration a serious option?

GitLab and BitBucket are reporting large-scale movement of code repositories away from Github in the wake of its $9.8 billion sale to Microsoft.

The 24 hours since the acquisition was confirmed had been “crazy”, GitLab said, with the company importing “over 100,000 repositories” and seeing “a 7x increase in orders” compared to usual.

Atlassian’s BitBucket service similarly tweeted that “the developer community [had given] us our biggest sign up day ever”.

GitLab offered a further inducement to open source projects and educational institutions that have been using Github by making its top-tier plans free.

The caveat is that these free plans do not come with support, though the company was offering this as an add-on with a heavy discount.

GitLab had already been a beneficiary of rumours of Github’s sale, with GitLab’s CEO and co-founder Sid Sijbrandij telling Motherboard that it had been forced to scale up its servers three times even before the buyout was confirmed.

It was still unclear whether the trend for developers to shift code out of Github would continue, or if it would materially affect Github.

Github is home to about 80 million repositories so the migration numbers touted to date are a small portion of its total community.

The migrations were causing developers some grief with one noting on Twitter that “the evacuation is going to do far more damage than the event”, after having one of their repositories accidentally deleted by a colleague shifting an organisation’s Github presence.

Others noted the complexity involved in migrating to a different service, particularly for projects with long histories on Github and multiple parties involved.

“Everyone calling for their favorite OSS projects to leave @github simply because of the acquisition does not understand how disruptive such a move can be,” Joola! release lead Michael Babker tweeted.

“Years of historical data in issues/PRs [pull requests], active PRs and projects - [there’s] a lot to account for in a major migration like that.”

Both Microsoft and Github have assured developers that Github will remain open and retain its utility under new ownership.

Even GitLab’s Sijbrandij said he believed those assurances.

“I believe [them when they] say they’re going to be good maintainers of Github,” Sijbrandij said in a Bloomberg TV appearance.

“There’s nothing bad about Github.”

Despite migrations being ostensibly about lack of trust in Microsoft, Sijbrandij claimed the exodus was more to do with additional features that GitLab offered developers.

He repeatedly cited the ability for developers to host GitLab on their own hardware.

“There is a lot of people downloading GitLab right now and setting up servers,” he said.