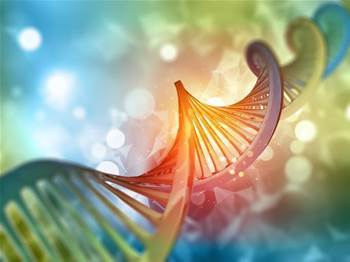 Calls for a Genetic Data Protection Act to maintain trust.

A multi-disciplinary team from the University of Queensland has warned Australia is in urgent need of legislation to legally restrict access to genetic databases to uphold public trust in the field of medical genetics.

The prospect of a massive genetic data matching dragnet is no conspiracy theory either.

In a paper released today in Genetics in Medicine, Curtis and her colleagues note that police around the world are now digging through their freezers looking for old samples that can now be matched against online databases.

One company has even launched a dedicated “Genetic Genealogy” service designed to capitalise on the trend - with the first 100 samples run through the system reportedly yielding 20 promising matches that resulted in several arrests.

The popularity of more thorough tests available for purchase online, and the fact the company conducting the test owns the copyright to any DNA results (and is more than happy to sell it on), means tests done by third or fourth cousins can provide a breakthrough in police work.

“Police use of genetic genealogy databases was demonstrated by the widely publicised Golden State Killer case, and decisions we make about our DNA data can also affect our relatives,” Curtis said.

In the Golden State Killer case, police generated a DNA profile similar to what would be available from a service like Ancestry.com, which looks at 700,000 genetic markers to build a genealogical network.

Police had previously only looked at around 20 DNA markers to allow direct matches or matches with very close family members.

One study cited by the UQ team suggests that over 90 percent of Americans with European ancestry would be identifiable through a third cousin who had signed up to GEDmatch, a service with around a million users.

While that sounds brilliant for solving cold cases, Curtis is concerned about the other information that can be gleaned from associating DNA traits with health conditions, a process known as phenotyping.

“We want Australians to have confidence in using genetic tests to better look after their health, so it is important that we keep forensic genetics separate,” Curtis said.

“It may be acceptable to receive a genetic health risk score from a doctor, but do we want law enforcement to be predicting the mental health of suspects, or for that information to be considered in court?”

Curtis and other academics from UQ’s biology, policy and legal disciplines say a Genetic Data Protection Act would determine how, when and why access to genetic data would be granted.

Such legislation wouldn’t get in the way of police trying to catch offenders, they say, but would help define appropriate, ethical and community-supported use of sensitive information.

"There have been several suggestions of ways to protect genetic data from police access, but we argue that none of these go far enough, and existing laws don’t fit well with genetic data,” Curtis added.

“Our view is that genetic data is different from other data - it contains highly sensitive information that is unique to us - and if our genetic data is compromised we cannot request a new genome.

“The issues around use of our genetic data are complex, and vulnerable individuals and their descendants must be protected.”