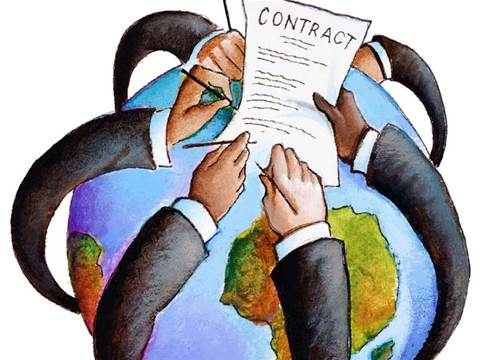 General Motors' decision to bring much of its IT work in-house threatens a services deal worth some $US600 million ($AU585 million) a year to HP, two sources with knowledge of the matter told Reuters.

It is unclear how much of the HP agreement would be affected, after chief information officer Randy Mott unveiled plans to double the number of in-house IT experts at the US carmaker and reverse the 90/10 split between outsourcing and in-sourcing traditionally held at the company.

The GM contract is one of the bigger contracts at the IT company, one of the sources said, adding that the loss of a significant amount of that business would be a "big deal".

The sources spoke on condition of anonymity because the details of the arrangement are private.

The Detroit carmaker is a major client of HP, which has provided technology services and support to GM for a quarter-century.

HP revealed in July 2010 that it had bagged a multi-year, $2 billion ($AU1.95 billion) services agreement with the carmaker.

GM's automotive division alone accounts for $350 million ($AU341 million) annually in IT services business for HP, the source said, adding that HP also sells a lot of its products and other related services to GM. The $600 million figure does not include that portion of HP's work with the company.

The automaker also outsources technology-related work in its OnStar division, a contract that is separate from the IT services deal the two hashed out, and one that GM may find difficult to unravel, the second source said. Onstar is GM's in-car navigation and communications system.

HP has been staving off slowing demand for personal computers by moving aggressively into helping corporations manage hardware, software, and networking and storage. But in these areas it has to cope with stiffening competition from the likes of Dell and IBM.

Its Services business generates $36 billion ($AU35.1 billion) annually. So while a potential loss of a good portion of GM's business would hurt the company, it is not devastating.

Still, the news comes at a bad time for HP as the company is trying to jumpstart growth while analysts warn of deep technology spending cuts by corporations in the second half of the year.

GM's Mott also oversaw a global restructuring of HP's IT operations while he was CIO at the Silicon Valley company.

Mott, who joined HP in 2005 under then-CEO Mark Hurd, was one of the many executives who left HP last year during former chief executive Leo Apotheker's short-lived regime.

HP acquired a lot of GM's business through its purchase of EDS, the Texas-based technology outsourcing company, in 2008 for $13.9 billion ($AU13.56 billion). EDS was previously owned by GM, one of the pioneers in outsourcing, for more than a decade before it was spun off in 1996.