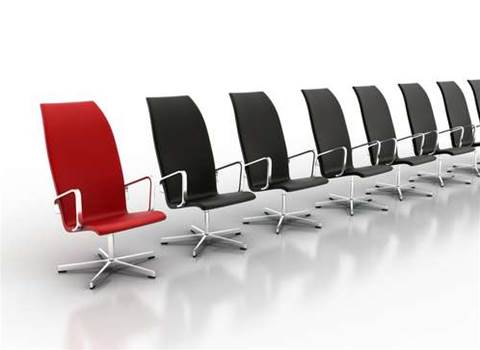 General Motors has revealed plans to more than double the number of in-house IT experts it hires over the next three years, in a reversal of its long-running strategy to out-source technology.

The US car maker now outsources about 90 percent of its IT services and provides 10 percent of that work in-house. Within the next three to five years, GM hopes to reverse those percentages in part by hiring "thousands" of new software developers, database experts and others globally, GM spokeswoman Juli Huston-Rough said.

The IT overhaul is spearheaded by GM chief information officer Randy Mott, who outlined the plan to GM's 1500 IT staff in June.

Mott, a former HP executive, believes the moves will make the largest US automaker more efficient, and ultimately more productive. Some elements of the overhaul will take five years to implement.

"If you're more efficient and you can go through the process more quickly, you have more time and more resources to be looking at innovations that provide a competitive advantage for the company," Huston-Rough said.

GM plans to cut the automaker's sprawling list of IT applications by at least 40 percent and move to a more standardised platform. GM will also simplify the way it transmits data.

A GM spokeswoman declined to comment on how much the planned move would cost or on the overall savings that might result from the strategy.

The automaker will shift from 23 data centers worldwide to just two, both in Michigan. The company will also run four software development centers, including a pre-existing one in Warren, Michigan.

Mott will require that employees provide a cost-benefit analysis of new IT projects.

The moves reverse what has been a longtime trend for the company, which accepted a government bailout in 2009 and filed for bankruptcy protection.

In July 2010, GM renewed a multi-year contract with HP a year early in a deal worth more than $2 billion.

At the time, HP said it would provide services including network maintenance, product software development and supply-chain management. Much of that work was provided through a former GM unit, Electronic Data Systems (EDS), which HP bought in 2008 for about $US13.9 billion.

GM bought EDS from former presidential candidate Ross Perot in 1984 for $2.55 billion, shifting much of its IT operations to that business, but spun it off 12 years later.

GM shares were down 2.9 percent at $19.32 on Thursday afternoon on the New York Stock Exchange.