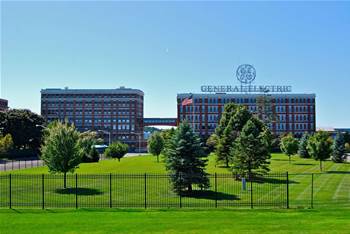 General Electric is developing a cloud-based service tailored for industrial customers, the latest step in the US conglomerate's effort to gain business from data generated by machines.

More than 50 billion machines are expected to be connected to the internet by 2020, according to GE.

GE's customised cloud offering is built on the Predix operating system it had previously developed for software used by its customers.

Predix Cloud is designed to improve the operating system while incorporating security and regulatory requirements specialised for industrial data and applications.

"You just look at the consumer world, you get jealous at the speed at which you can easily and quickly gain access to applications," Bill Ruh, vice president of GE software, said.

"That is exactly the same thing you want in the industrial world. The thing is you need it done in an industrial way."

GE is investing US$500 million annually in software, including spending on the Predix Cloud.

Ruh described Predix Cloud as a "gated community" of industrial users, as opposed to a public cloud infrastructure open to anyone.

GE businesses will start migrating their software to Predix cloud in the last quarter of this year, and the service will become available to customers from 2016.

Predix Cloud builds on the Pivotal Cloud Foundry platform for application development and deployment. It has several components, including the platform-as-a-service offering that can use AWS for development and testing, but deploy in Predix facilities.

GE took a US$105 million stake in Pivotal, an EMC and VMWare joint venture, two years ago.