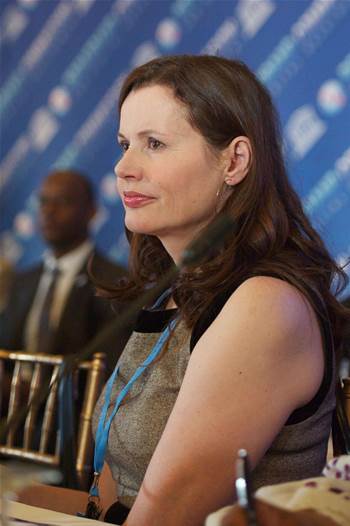 Hundreds of million fewer women have access to internet technologies and devices than men, a United Nations report estimates.

Calling it a "significant and pervasive tech gap", the report warns that the gender disparity could grow to 350 million over the next three years if nothing is done.

Furthermore, women are also not as likely to own mobile devices, with 300 million fewer females having one compared to men.

The gender gap is relatively small in developed nations, but outside those, expensive, high-status technologies are the often reserved for mens' use, the report said.

Former prime minister of New Zealand, Helen Clark, who presented the report at eighth meeting of the UN Broadband Commission in New York City, said the study provides an overview of opportunities for advancing women's empowerment and inclusion in an era of rapid technological transformation.

Women represent an untapped pool of users for device makers and network operators, the report points out. The size of the pool could equal or outstrip large emerging markets such as China and India, it said.

In the mobile sector, the gender gap of 300 million equates to US$13 billion (A$13.9 billion) in lost potential revenue, the report estimates.

For developing countries, every 10 percent increase in access to broadband provides a 1.38 per cent hike in gross domestic product; the report calculates that bringing an additional 600 million females online may increase global GDP by as much as US$18 billion (A$19.2 billion).

Women should be encouraged to pursue ICT careers, the report said, as even in developed economies, females account for fewer than a fifth of specialists in the area.

Furthermore, the report notes that in two years' time, nine out of ten employment opportunities will require formal ICT skills.

The UN Broadband Commission's working group on broadband and gender was proposed by United States actor Geena Davis, who is the International Telecommunications Union's special envoy on women and girls.