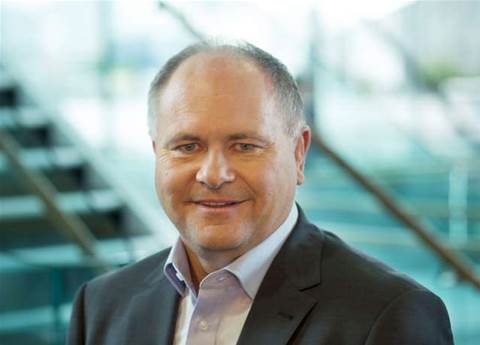 Moves some business to AAPT.

The Australian arm of IT services company Gen-i will lose two-thirds of its workforce under plans announced by parent Telecom New Zealand today.

Telecom said Gen-i Australia would back out of customer activities outside of its new focus, shifting business to sister company AAPT where possible.

A Telecom spokesperson declined to disclose which deals would move across to AAPT.

"However, it's fair to say that the activities we're exiting primarly relate to the provision of ICT services to Australian corporate clients, where there is no specific Trans-Tasman relevance," the spokesperson said.

Asked if the staffing reductions preceded a sale of Gen-I Australia, the spokesperson replied: "There are no divestments being made as part of the strategic change we've announced today."

Many hundreds of staff are expected to be let go by the telco to slash costs across the business, including job cuts at AAPT.

Moutter said the measures would apply across the entire Telecom group and warned that there was a softening in Gen-i's outlook for the year ahead as the ICT services division faced pressure from lower-priced competitors. 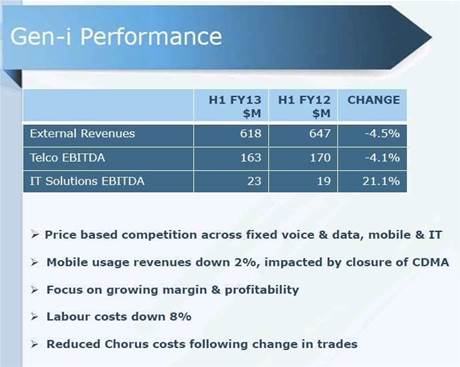 Gen-i has experienced mixed fortunes for its Australian business. It decided not to rebid for a large, billion-dollar support contract for the Commonwealth Bank of Australia in 2008 and as a result laid off 64 staff two years ago.

Telecom did not provide separate figures for Gen-i Australia's performance in its H1 FY13 results.