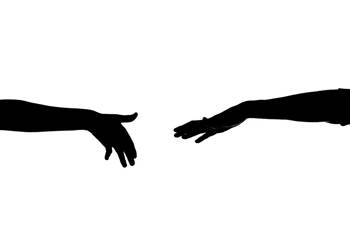 This changed how "some Telecom business units interact with each other, [with] other parts of Telecom and [with] other telecommunications providers", according to a code of conduct [PDF] issued to Gen-i staff last year.

"We work very closely with AAPT but because of the work we're doing with separation in New Zealand, we've decided to adopt the same principles here in having an arm's length relationship with AAPT," Varney said.

"We're one of their biggest customers and expected to be treated as such. As a services business, we put equal demands on internal and external network providers - that's healthy. So we want SLAs [with AAPT] but we want to also have the opportunity to collaborate with them as well."

It appears Gen-i will continue to work through AAPT to access services from third party telcos and service providers, rather than necessarily negotiate its own access and pricing arrangements.

"We can leverage some of the supply contracts that AAPT has got," Varney said. "When we work with them, it's not always just on their network."

Varney foreshadowed significant changes to Gen-i's business in Australia, including plans to double the business and more than double revenues in the next four years.

He said this would be accomplished in part through a major IT infrastructure upgrade, rather than by employing large numbers of staff.

"A lot of new systems, products and services aren't resource-hungry - they're systems hungry," he said. "We've got a lot of investment to make in infrastructure and that's being led in New Zealand."

Varney said the company would also release a new organisational structure this week that details for the first time the effects of its decision not to recontest a core telecommunications services contract at the Commonwealth Bank last July.

The deal was instead awarded to Telstra; an undisclosed number of Gen-i staff will also move there to support the contract.

Gen-i retained what it called the higher margin areas of CBA's business, including contact centre services and a metro area network extension project.

Varney said the services firm would "right size" as it goes through the transition period of up to two years. He said this would include recruitment of "a number of people over the next few months to fill gaps" and reskilling of some of the staff displaced by the CBA deal.

"Clearly a number of people will go to Telstra over time," Varney said. "We'll retrain those that remain and that are no longer required to support that service."