Gartner predicts no rise in IT spending this year 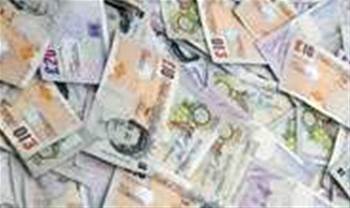 IT budgets are expected to remain largely flat in 2009 with an average increase of just 0.16 per cent globally, according to analyst Gartner.

In its Meeting the Challenge: The 2009 CIO Agenda report, Gartner found that challenges posed by uncertain and volatile economic conditions are generating fundamental shifts in corporate plans and strategies, with organisations responding in different ways based on their confidence in achieving results.

Rival analyst Forrester Research this week predicted a three per cent fall in IT spending during 2009.

Dave Aron, vice president of research at Gartner, said that some people might have expected more negative news from the firm's report.

"I think there are probably two main reasons that this is not the case. One is that IT is already pretty lean, in that in the last few years there hasn't been a lot of budget growth and IT has really got its house in order in many organisations," he said.

"The other reason is that, unlike the previous economic downturn at the beginning of the century, IT is seen as part of the solution this time round, as opposed to part of the problem."

Enterprises face a challenging economic environment in 2009 and expect their IT departments to help combat this by delivering results while reducing enterprise and IT costs. To do this, Aron said that CIOs need to be resourceful in building an effective organisation that can meet current and future challenges, rather than being purely defensive and reactionary.

"A lot of it is about being decisive, focusing on what is strategic a bit more aggressively this year, not getting lost in the muddle and generally focusing on business effectiveness, not just on efficiency and not just on pure IT," he said.

"Of course there are tactical opportunities to cut cost here and there in the whole of the business, including IT, but what's much more exciting is being much more strategic about how the business will win and how IT will help, and using that as a basis for both cost cutting and investment."

Echoing recent comments by Symantec chief scientist Guy Bunker, Aron suggested that this can be a great time to get rid of dead wood.

"It's almost like being given a mandate to get rid of some dead wood in terms of zombie projects that just won't die because of lack of political will," he said.

But Aron warned that businesses need to be very careful about risk management when looking at ways to streamline the business.

"It's very important that CIOs have a clear view of how will our business win, what business capabilities will we need and hence what capabilities we must not damage during this downturn," he said.

According to the study, CIOs continue to invest in technologies beyond the core infrastructure. But the focus of these investments has shifted from planting emerging technologies to harvesting business investments.

This move is reflected in the growing investment in business intelligence applications and information consolidation, which can raise organisational visibility and transparency, as well as help meet new regulatory and financial reporting requirements.

Other key investment areas are enterprise resource planning technologies, which coincide with the priority that CIOs are giving to legacy application modernisation, as well as server and storage technologies such as virtualisation and application outsourcing to help meet growing demand while reducing energy costs and improving utilisation.

Aron said that another strong focus this year is the development of what he calls the "infrastructure of effectiveness".

"It's important to not just focus on projects that will help with costs or help with growth, but projects for improving governance, benefits realisation, financial management and the like, in other words the meta-processes that will support every project you do," he said.

The report concluded that to meet these challenges CIOs need to integrate better with the rest of the business leadership team, and have the foresight to look at IT in new ways.

To succeed they will need to be decisive in setting priorities, make sure priorities are properly scheduled and be increasingly resourceful in restructuring IT, said Gartner.
Got a news tip for our journalists? Share it with us anonymously here.
Copyright © 2010 Computing
Tags:
gartnerinitnopredictsrisespendingstrategythisyear