Gartner: iPhone inches towards the enterprise 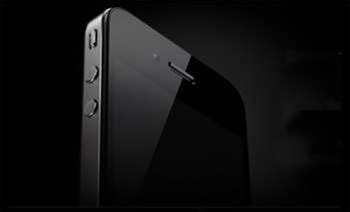 But Android not safe for business or classified use.

After comparing the enterprise smarts of three of the world's most popular smartphone platforms [see video interview  below], Gartner analyst Robin Simpson said RIM's Blackberry was still the "gold standard" for enterprise security but that the iPhone was fast becoming "good enough" for white-collar roles.

But smartphones based on the open source Android operating system lacked the features for use in business.

Simpson said there was a "fair bit of pressure on enterprise IT departments to support devices like the iPhone and the HTC Desire" due to their superior web browsing over more secure platforms such as RIM's Blackberry.

But that doesn't amount to these devices being ready for the corporate network.

Simpson said Blackberry has a "very fine degree of control over functions of the phone, managing it in the field and looking after the security and password policies".

Gartner did not recommend the iPhone prior to the release of the 3GS, due to inadequate encryption.

But since the introduction of always-on encryption and Exchange ActiveSync, Simpson felt the iPhone represented "good-enough security for many kinds of white-collar jobs in the enterprise".

"The models since the iPhone 3GS have hardware encryption and that's always turned on," he said. "And now there is an additional level of security available for iPhone 4, which ties in user's password with encryption [that] by default is just turned on."

It was a vast improvement but "nowhere near the granularity of control you get with Blackberry".

He was not convinced Android was ready for the enterprise: "There is not a lot that is built into the phone for enterprise security and its one of the concerns we have about most of the Android-based phones. They really don't do enough."

He said that even if they offer Microsoft Exchange ActiveSync to the mail server, this often was not with the full range of security options.

"So it's not something we would normally recommend for the enterprise today."

He also pointed to the lack of encryption in Android handsets.

"You would have to add third-party products to get encryption and to turn it on."

Video: DLA Phillips Fox discuss the rollout of iPhones across their legal firm.

Read on for more on management tools and fleet deals for the Blackberry, iPhone and Android platforms.