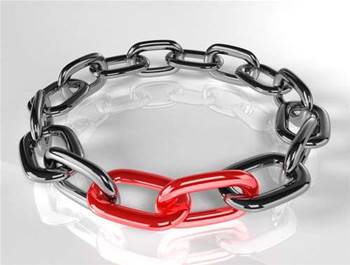 Not just a consumer play.

Analyst firm Gartner has urged businesses to plan their enterprise networks in consideration of the National Broadband Network rollout to take advantage of its promised ubiquity and low prices.

Johnson urged enterprises to consider the applications and services that could be more easily distributed and used between offices over the network.

Though fibre networks are already commonplace in dense business environments, the Federal Government’s aim of providing services of 12 Mbps or greater to all Australian premises would make high-speed broadband ubiquitous among individuals and businesses.

According to Johnson, it would allow enterprises to better connect those working from home as well as branch offices in less populated areas, which were often relegated to lower-speed and less reliable ADSL connections.

Government backing of the network is also expected to significantly bring down pricing of enterprise fibre services in already well-served areas.

A 100 Mbps symmetric service, priced at between $5000 and $10,000 a month from current business broadband providers, could be reduced ten-fold to less than $500 a month according to Johnson.

NBN Co has already priced enterprise-specific wholesale products at between $48 a month for 10 Mbps symmetric speeds at a wholesale level, and $380 a month for 100 Mbps speeds on the downlink and uplink.

It is also planning to launch products with higher service levels aimed at medium-sized businesses and ultimately enterprises by next year.

“It’s always going to be a hybrid of your existing PSTN and a fibre play,” he told iTnews.

“[That's] absolutely a five-year plan, maybe ten. The smart money is how to do it now.

“The architects need to work on it now; the smart ones are.”

Businesses with large physical and commercial distribution networks, as well as those with dispersed networks of branch offices would benefit most from higher-speed and lower cost broadband, according to Johnson.

Enterprises also needed to plan for specific applications that could be optimised for access networks outside of existing corporate arrangements.

Planning for the fibre networks would not yield significant benefits to businesses until more than 20 percent of a fibre network’s target population was connected in order to achieve mass scale.