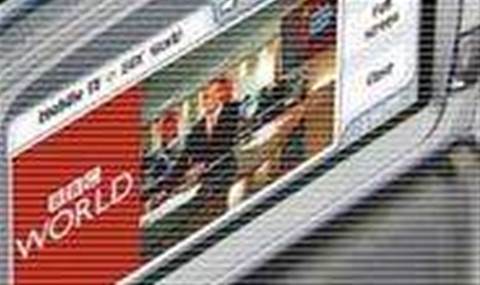 Télévision Mobile Sans Limite (Unlimited Mobile TV) will combine satellite and terrestrial TV networks to broadcast TV on mobile phones, but will be available in France only.

"The only regret I have is that, unlike its forerunners financed by the Commission, this collaboration does not extend beyond the frontiers of France."

The Unlimited Mobile TV project seeks to develop a new mobile television broadcasting solution working in the 'S' band at the 2.2GHz frequency.

This will differ from conventional mobile TV in the number of channels it will be able to broadcast, its reception quality, including inside buildings, and its geographical coverage.

By using a satellite it will be possible, for example, to reach non-urban areas and thus offer a new service to European consumers.

The solution will also incorporate a crisis management service which will enable national authorities to alert the population quickly in the event of major disasters such as earthquakes, tsunamis, terrorist attacks, pollution incidents and nuclear accidents.

Similar technology is already available in Japan and South Korea, but cannot be employed in Europe without creating problems with frequency planning.

Mindful of the regulatory problems in Europe, the Commission decided on 14 February 2007 to harmonise use of the radio spectrum in the 2GHz frequency band for the implementation of systems providing mobile satellite services.

Analysis carried out by the Commission showed that aid was needed to tackle market deficiencies which are hampering the speedy establishment of structured co-ordination between manufacturers of satellites, terrestrial network infrastructures, mobile telephones and semiconductors.

The research found that, because the European markets for mobile television are still emerging, they do not generate spontaneously the partnerships needed to bring about unlimited mobile TV.
Got a news tip for our journalists? Share it with us anonymously here.
Copyright ©v3.co.uk
Tags:
ec french funding mobile receives software tv