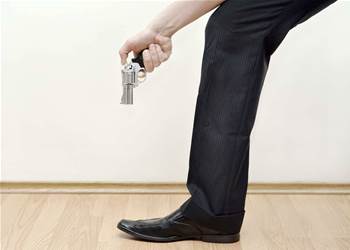 The French government appears to have shot itself in the foot overnight after one of the country's internet service providers listed Google, Wikipedia and webhoster OVH.com as terrorist sites and blocked access.

As part of the government-mandated attempt at censoring terrorism sites, Orange customers were redirected to a notification page hosted on a Ministry of the Interior server.

Users were told they had been redirected "because you tried to connect to a site whose content encourages terrorism, or publicly condones terrorism".

With almost 11 million customers, Orange is one of France's largest internet and telecommunications service providers. The number of redirected users overwhelmed the interior ministry's website and sent it offline soon after the block came into effect. 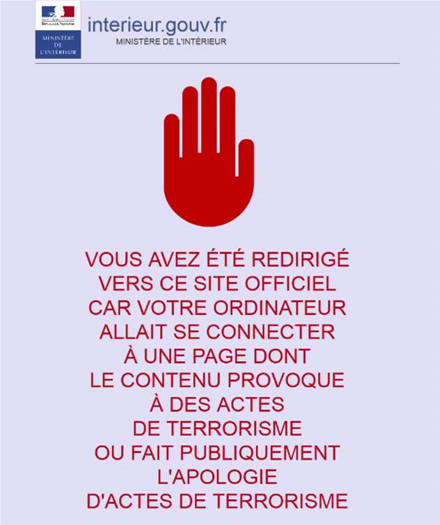 France instituted the blocking of sites said to be supporting terrorism after the February 2015 attack on satirical publication Charlie Hebdo. The Ministry of the Interior compiles a list of sites to be blocked for which internet providers in the country are compelled to deny access.

Orange told customers the block of Google, Wikipedia and OVH.com was due to a human error, and apologised for the service outage that lasted around an hour.

While the French government has yet to provide an explanation for the erroneous block, network engineer and DNS specialist Stéphane Bortzmeyer speculated that Orange may have installed a test file containing Google, Wikipedia and OVH.com's addresses rather than those of terrorism promotion sites.

Bortzmeyer pointed to a leaked internal Orange staff email, obtained by French publication Mac Generation, which said a test file "was wrongly built during the blacklisting phase on DNS servers, [and] which caused certain URLs to be blocked".

It is not clear if the test file was generated by Orange, or if it was supplied by the Ministry of the Interior.

Users were able to work around the block by changing their router DNS settings and connecting to Google's free service to resolve IP addresses.