Foxtel turns to data and digital to take on Netflix 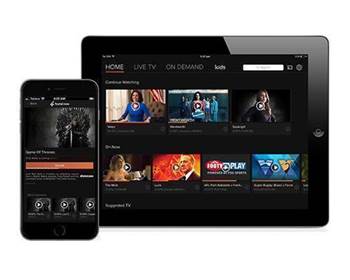 Foxtel's recent launch of a new streaming service to compete with Netflix is just one facet of a major data and digital transformation taking place behind the scenes of Australia's pay TV leader.

The company, which has 2.8 million subscribers and until recently had a stranglehold on paid content, has been under intense pressure amid the arrival of streaming TV.

The company ditched its first attempt at a Netflix competitor, Presto, at the start of the year and earlier this month relaunched Foxtel Play as Foxtel Now.

The budget service sees the famously rigid provider trying to become more customer-centric, with lower-priced bundles and the ability to stream content over the internet on different devices.

But the challenge remains huge. Netflix has grown to a US$70 billion company and has millions of Australian subscribers.

"We're on that journey – it's just a matter of can we get it quick enough We're all anxious to do more with what we can get, as soon as we can get it," according to Foxtel digital director Brett Cooper.

Cooper recognises the work ahead. Speaking at the Adobe Symposium in May, he said of Netflix: "They're known for suggesting the right things to customers based on what they've been doing, and as a company they've built up based off a platform of knowing their customers through data. And we need to do more of that".

Cooper's career prior to his 18 months at Foxtel included eight years at Optus and nearly four years at Telstra, most recently as director of digital transformation sales, service and marketing.

One of his claims to fame at Telstra was the launch of live chat in the Telstra 24x7 app.

He pointed to chat as an example of a quick win that got buy-in from Telstra's management for the broader transformation project.

"It was easy to deploy, it is a hosted service, you can drop it onto the pages really quickly and it meets a customer demand," Cooper told iTnews.

A similar quick win at Foxtel was the launch of the MyFoxtel app for Android and iOS.

"That had been years in the making and we did it in five months. That gave us some support for the next wave."

Cooper's team also took this approach to payments: previously Foxtel customers were directed to a blank, unauthenticated form even if they were logged in, forcing them to fill in all their details every time they wanted to make a payment. The payments site was also not responsive on mobile.

"It was ugly, making customers do all the work. We were losing half the customers before and after on mobile phones," he said.

Foxtel has removed unnecessary fields for authenticated users and allows them to re-type their payment and save credit card details. After this "we moved about 25 basis point in terms of drop-offs", Cooper said. Foxtel is working with Forgerock on a new identity management platform.

But the digital team's biggest achievement so far has been the recent launch of the Foxtel Now website. It was shifted off Java and replatformed onto Adobe Experience Manager, hosted on Amazon Web Services.

Cooper had support from Accenture Interactive for the overhaul, which was essential because Foxtel was "a bit light on" with development capability around product design and UX when he joined.

"To move fast, we needed to partner with someone. Now we are starting to bring in our own directly employed people to build out those teams and develop that intellectual property," he said.

"We are moving to a more agile approach to software development, which is not how Foxtel was working eight months ago."

Netflix is famed its content recommendation algorithm, and Cooper hopes to use machine learning to offer similar functionality to Foxtel users.

"We have a lot of content, but people don't know how to find [it]."

Foxtel's richest stream of information comes from its set-top boxes, but Cooper concedes making the most of that viewer data is a major challenge.

Cooper sees instant messaging as tool to improve customer interactions. The team has been running internal experiments with Facebook Messenger.

"I have spent a lot of time looking at IM and the future of bots and how they can help agents dealing with customers," he said.

"I see the central intelligence there as an AI or machine learning, then the delivery mechanism is IM or voice. It depends on the user context: if you are on the bus it is probably IM; if you are driving your car, you are talking."

For instance, a customer could ask for a movie recommendation, then tell the system to download the content to their set-top box or queue it in a watch list.

On the voice side, Cooper's team is looking at both Amazon Alexa and Google Home.

"Google is probably emerging as the leading candidate, especially due to their history with search, though Amazon do a great job at everything to do."

The fact Google last month launched its AI Assistant on iOS is a motivating factor.

The team has also turned to Mulesoft to make better use of APIs, for instance by connecting Foxtel's mobile app with the billing system so customers can rent movies from their phone. Billing currently runs on Amdocs' Kenan system, which looks likely to be refreshed in future.