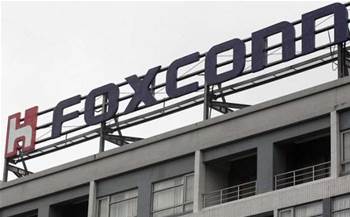 Foxconn has agreed to acquire Japan's Sharp at a big discount to its original offer, capping a month of wrangling that sowed more doubt over whether the two companies can work well together and fend off fierce competition from rivals.

Foxconn, formally known as Hon Hai Precision Industry, will pay about A$4.6 billion for a two-thirds stake, cutting its initial offer by nearly A$1.2 billion following the emergence of previously undisclosed liabilities at Sharp.

The deal marks the largest acquisition by a foreign company in Japan's insular tech industry and the end of independence for a 100-year-old company that started out making belt buckles and mechanical pencils.

Under the revised terms, Foxconn will pay ¥88 per Sharp share, the companies said in a statement, a 35 percent discount to yesterday's close and likely reflecting in part Chinese obsession with the lucky number eight.

Foxconn has also agreed to buy all ¥200 billion worth of preferred shares owned by Sharp's two main creditor banks, a source familiar with the matter said.

It also has the option of increasing its stake in Sharp next year.

The firms had been on the verge of finalising terms last month when contingent liabilities at Sharp were suddenly revealed, causing Foxconn to hit the pause button on the deal.

That revived ill will from four years ago, when Foxconn agreed to take a stake in Sharp as part of a broader partnership. Sharp then warned of losses and Foxconn walked away as shares in the Japanese firm sank.

Analysts said that even without the history of distrust, there was little assurance the combination will be able to deflect pricing pressure in LCDs or beat rivals in OLED, a new screen technology which Apple is expected to adopt for its iPhones by 2018.

"If you are talking about two years, it will be difficult. Three years, there is potential. Five years, then definitely,” said Kylie Huang, analyst with Daiwa-Cathay Capital Markets in Taipei.

She added that Samsung's display unit and LG Display will for some time likely remain the preferred choice for OLED or organic light-emitting diode screens which are thinner, lighter and more flexible than other displays.

Analysts said Foxconn, which reported record net profit for last year, was taking on a significant financial risk, even though it had driven down the price of its offer.

Highlighting Sharp's dire finances, the ailing display maker estimated an operating loss of around ¥170 billion for the year through Thursday in contrast to its earlier profit forecast of ¥10 billion.

Sharp and other Japanese electronics firms have struggled against more nimble Asian rivals, with brands that were once synonymous with cutting edge technologies, such as Sony, losing their cachet among global consumers.

Industry analysts trace Sharp's decline back to a decade ago, when the company began spending hundreds of billions of yen to expand LCD manufacturing facilities. It then failed to innovate enough, lost ground to LCD rivals and was unable to engineer a turnaround despite two bank-led bailouts since 2012.

Sharp has said Foxconn is set to pick a majority of its board. But investors had expected most of management to remain in place for some time. Sources said earlier this year that Foxconn chief executive Terry Gou had offered to keep most of top management in place, and to not fire employees.

Foxconn executives in Taipei declined to comment on plans for Sharp CEO Kozo Takahashi, saying more details would be available at a signing event and news conference on the weekend.