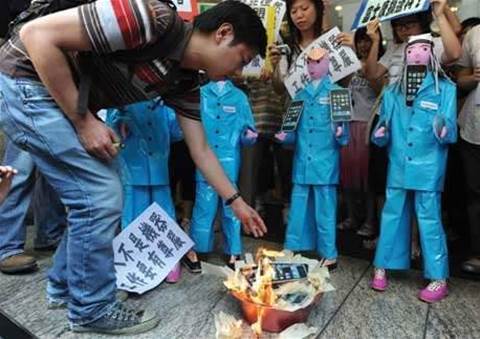 Contract manufacturer Foxconn has defended its internship programme after allegations of forced labour surfaced in Chinese media, according to a news report by Bloomberg.

China Daily reported earlier that over 3000 students as young as 19 from the Open University in Huai'an, Jiangsu province, had been sent to Foxconn to make cables.

The students were paid 1,550 yuan a month ($235) and were made to work overtime if they didn't finish their daily work, the report said.

It cited the mother of a student saying she couldn't undersand why her daughter was sent by the university to make USB cables when she is studying pre-school education.

However, the daughter told China Daily that if she refused the internship, she wouldn't receive the credits needed to graduate.

According to Foxconn, the interns are free to leave the programme at any time. The company also said that a recent audit of its facilities in China by the Fair Labour Association did not find any evidence of the interns being forced to participate in the programme.

Interns make up only 2.7 percent of Foxconn's entire headcount in China, the company said. The internship programme has since ended.

The Taiwanese company is currently struggling to fill orders from Apple for the new iPhone, said to be launched this month, according to an anonymous human resources employee that China Daily spoke to.

"The high demand for the handset has led us to be short-staffed at the plant,' the woman told China Daily.

Foxconn's internship programme was criticised by non-governmental organisation Justice for All, which alleged the students worked for at least eight hours a day without supervision and were more like full-time employees than interns.

Yu Fanqqian, a lawyer and executive director of Justice for All, told China Daily that the schools in question violated students' right to education by requiring them to work for Foxconn.

According to Yu, students could report incidences to local government or sue to protect themselves.

Foxconn has been in accused of running sweatshops with bad working conditions at its Chinese factories.

In March this year, a probe of three Foxconn plants by the Fair Labour Association found multiple violations of labour law that included extreme working hours and unpaid overtime.

As a result of the survey of 35,000 workers, Apple and Foxconn agreed to improve wages and working conditions at the Taiwanese company's plants in China.