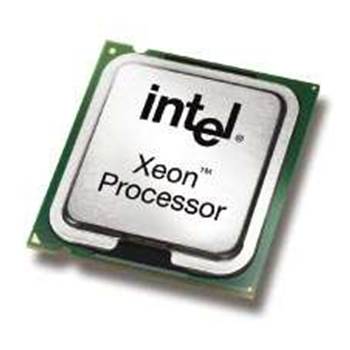 Previously known by their Tigerton and Clarksboro codenames respectively, the four-core and two-core chips are designed for systems with four or more physical processors.

The new chips also mark the final stage of Intel's transition to its Core micro-architecture, which allows for more power efficient chips than the previous NetBurst generation.

Dell, HP and Sun Microsystems showed off four-socket Xeon designs based on Intel's 7300 chipset at a launch event in San Francisco.

IBM demonstrated its forthcoming x4 featuring 16 processors, while Unisys showed off a 32-socket design. Both vendors have to rely on internally developed chipsets, as the Intel chipset is limited to four sockets.

The transition to the Core architecture has allowed Intel to close the gap with AMD in the performance-per-watt metric, allowing it to take back market share from AMD's Opteron.

As multiple chips are integrated into a system, they require special features to speed up the memory transfer as data is shared between the chips.

Intel has been shipping one-socket and two-socket quad-core chips, and also offered a multi-processor version of its NetBurst dual-core Xeon.

The vast majority of the server market currently comprises two-socket servers which are capable of running most enterprise applications, undercutting demand for four-socket systems.

Shipments of four-socket servers have actually declined over the past few quarters as chipmakers increased the number of cores on their processors.

Because virtualisation allows firms to consolidate multiple applications on a single platform, it offers workloads that justify high performance x86 servers with large amounts of storage and memory.

Intel as well as system builders, however, expect that virtualisation will spawn a renewed interest in multi-processor systems.

"You can now justify that type of platform because you are getting the workload out of it."

The technology allows virtualisation software such as VMware ESX Server or Xen to move virtual workloads between physical processors and servers as they are running.

Such technology currently requires that all servers offer the same micro-architecture.

Virtualisation software has to add support for the feature. VMware said that it plans to do so around the time that Intel ships Penryn, which is slated for early next year.
Got a news tip for our journalists? Share it with us anonymously here.
Copyright ©v3.co.uk
Tags:
foursocketintelsoftwaretargetsvirtualisationxeon