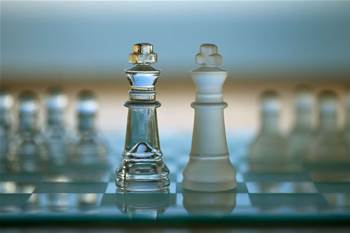 Heads have rolled and subsidiaries liquidated in an effort to get Australian electronic payments provider QPay back in the black.

Founded in 2005 by Telstra alumni Greg Walter, QPay was built around a phone-based authentication service which allows customers to conduct online transactions without the risk incurred by sharing their credit card details.

Walter resigned from the directorship of QPay Pty Ltd and its parent company QPay Holdings in October 2013.

He has told iTnews that the departure was not entirely amicable, describing it as a “hostile depositioning”.

Walter said the company had “a big mass of mum and dad shareholders” plus “a handful of larger investors who wanted new leadership.” Inventors like himself, he added, could be naive at times and this may have contributed to his shareholding dropping from 50 percent to single digits.

Walter, who has filed for bankruptcy, says his concern now is for the 200 or so smaller investors and "faithful suppliers" who he fears could be hurt in the shake-up.

His successor at QPay Holdings, Peter Hall, has denied that Walter was “rolled”.

“In order for shareholders to forcibly remove a director they must go through a particular process and that process was not gone through,” he told iTnews.

“It is always difficult for a founder to depart a company. This is something that he has lived and breathed for seven years and no-one hands over control of their business willingly, unless of course they are given a lot of money to do so.”

Hall is no stranger to the business either, as the founding chairman of QPay. But he says he left the company in 2009 because he “didn’t agree with some of the decisions made by management”.

Now at the helm, Hall is now in a position to realise his vision for the future of the ailing business through a major restructure.

The first stage of his strategy has been to place QPay Pty Ltd – the fully owned subsidiary of QPay Holdings– into voluntary liquidation.

“QPay Pty Ltd needed to be liquidated because it couldn’t pay its bills. Clearly what it was doing wasn’t working and customers still needed to be supported,” he said.

In December last year, Peter Dinoris and Nick Combis of Vincents Chartered Accountants were appointed to oversee the process, with the first meeting of creditors held on Tuesday.

According to documents submitted to the Australian Securities and Investments Commission (ASIC), the list of creditors include the Australian Taxation Office, which is owed more than $170,000, and parent company QPay Holdings.

Hall gave reassurances that the move would not affect services in any way, beyond a rebranding under the auspices of a new subsidiary called SQID.

Hall is planning a shake-up of the way that QPay works that will streamline the process and hopefully expand it beyond the online payments domain.

“We are looking to move towards frictionless transactions.

He touted location-based authentication and new applications for secure ID services as the next exploits for what will become known as SQID.

Walter believes his innovation still holds the high ground over market leaders like PayPal when it comes to speed.

“Once set up QPay consists of a six stroke check-out,” he said. “That is a lot less than PayPal.”