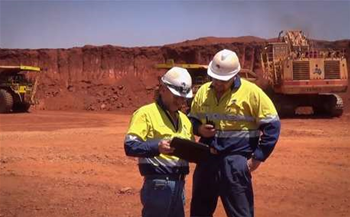 The hub, which is home to the Firetail and Kings Valley iron ore mines, began introducing Caterpillar autonomous haul trucks in 2012 after successful trials.

FMG’s latest annual report, released today, provides a brief glimpse of the level of success that FMG has obtained from the technology’s introduction.

“Since the autonomous haulage system (AHS) was deployed at Solomon in 2012, over 200 million tonnes (mt) of material has been safely moved,” it said.

“The integration of AHS into Solomon has seen a 20 percent productivity improvement compared to the regular fleet”."

FMG was running 33 Caterpillar 793F trucks at Solomon as at September last year. The total number of trucks contracted to be delivered under the project is up to 45.

The entire Solomon Hub has an 802.11 wireless mesh network deployed by Visionstream. It “ensures the autonomous haulage system will deliver a safe and efficient optimisation of the fleet of mining equipment”, according to a case study.

FMG has introduced autonomous haulage systems more quietly than some of its larger rivals such as Rio Tinto and BHP Billiton.

All operators that have gone down the path have realised varying degrees of productivity and efficiency gains.