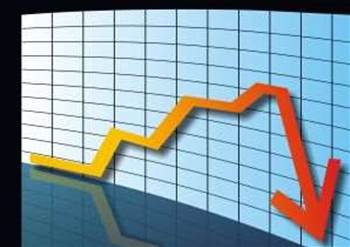 Purchases to drop by over 10 per cent globally this year.

Forrester Research is predicting more doom and gloom for the technology industry, revising its forecast for global IT purchases in 2009 to a 10.6 per cent decline.

The analyst firm had predicted at the beginning of the year that purchases would fall just three per cent over the course of 2009, but was forced to update its forecast after uncovering new data about large declines in business technology investment during the first quarter.

To compile the data, Forrester calculates the value of computer and communications equipment, software, IT consulting, integration services and IT outsourcing bought by businesses and governments from technology vendors.

Purchases of computer and communications equipment are likely to be the worst hit, and Forrester is predicting a decline in sales over the year of 13.5 and 12.4 per cent respectively.

Software spending is likely to decline by 8.2 per cent, meanwhile, and purchases of IT consulting and outsourcing services will drop by 8.6 per cent, said Forrester.

However, the rebound could come sooner than expected, according to Forrester principal analyst Andrew Bartels.

"The big drops are not precursors to further declines; rather, we think they are evidence of a temporary pause in US tech purchases, which we expect to start recovering in the fourth quarter as businesses realise that they overreacted in the first quarter," he said.

"We also expect that tech markets in Europe and Asia will start to recover in the first half of 2010."

Got a news tip for our journalists? Share it with us anonymously here.
Copyright ©v3.co.uk
Tags:
centfinancefirstforresterperpurchasestechnology