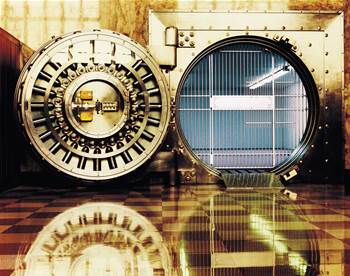 A former Swiss banker's last act of defiance before facing court on Wednesday will be to hand a CD containing the offshore bank account details of 2,000 individuals and corporations to WikiLeaks in London.

The CD contains evidence of alleged tax evasion by European, Asian and US account holders as well as about 40 politicians, according to Rudolf Elmer, the former COO of Julius Baer's Cayman Islands operation who was dismissed in 2002.

Elmer was releasing the information "in order to educate society", he told the Guardian's Observer.

While he objected to the abuse of banking privacy to facilitate tax-evasion by the wealthy, should WikiLeaks publish the material, only evidence of the mechanisms used to evade tax would be released. Individuals alleged to have engaged in tax evasion would remain secret.

Elmer will stand trial in Switzerland on 19 January for allegedly breaching Swiss banking privacy laws by previously leaking details to WikiLeaks which described how Cayman Island trust funds were used to redistribute company profits to beneficiaries without incurring normal taxes.

In a recent interview, Elmer, who runs the website swisswhistleblower, declared whistle-blowing as the only way to combat the unfettered sway of powerful banking lobbyists.

While Elmer believed WikiLeaks was the only organisation that could protect its sources, he said the harm caused by its release of US diplomatic cables was greater than the benefit to society.