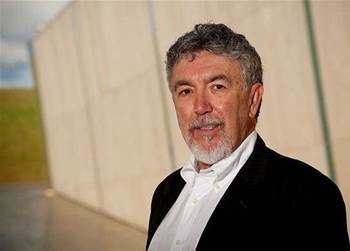 Finds solace back in consulting.

Grant left the public sector in April after completing the groundwork for the One Network network consolidation project.

“If I had stayed it would have been irrational to have me essentially not working towards anything in particular. It is important to me that I feel like I am contributing towards an end goal through my work," he told iTnews at the time.

Research and advisory services firm IBRS today revealed Grant had joined the practice as a consultant working on the "transformational changes taking place in business and IT" - including innovation opportunities, organisational design and skills redeployment, and management of enterprise-scale IT.

IBRS CEO Nick Bowman said Grant would be a "great fit" for the agency.

"Few people have a better understanding of the challenges faced by Australian CIOs, the nuances and constraints of policy, culture, skills and technology. For our clients in both the private and public sector, Peter brings depth of experience and practical advice," he said in a statement.

Grant said his new role allowed him the opportunity to work with CIOs as they navigate a rapidly changing role.

"The pressures of technology budgets moving out of traditional IT, of balancing powerful stakeholders, and of rapidly changing economics due to cloud, mobility and consumerisation, means that CIOs are more than ever under the gun," he said in a statement.

"The IBRS model of ongoing advisory means that I can work with CIOs and their teams as they navigate these changes.”

Grant is the second ex-government CIO to make the shift to consultancy this year, with Canberra's Glenn Archer announcing his employment at Gartner earlier in late April.