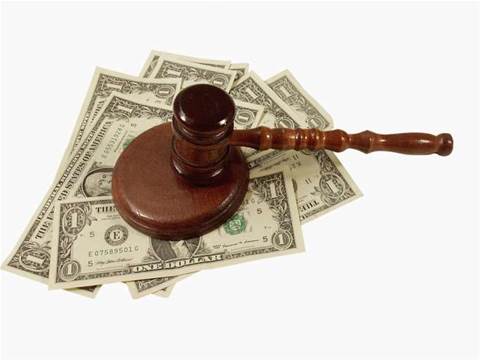 Cohen alleged he was due $409,109 in damages for an allegedly unpaid redundancy package and a further $725,238 for failing to provide proper notice for his termination this year.

In court documents filed last month, Cohen alleted iSoft breached agreed employment contracts between 2000 and 2010 while he was employed as chief technology officer at IBA Health and subsequently iSoft.

Cohen, who oversaw product management for iSoft from its Indian offices over the past several years, said he had negotiated a six percent salary increase to approximately $450,000 in 2009.

He alleged that a second agreed base salary increase of six percent was never paid the following year.

A $100,000 retention payment offered to all senior executives during 2010 was also not offered to him, on the grounds he was related to former chief executive Gary Cohen, he alleged.

Gary Cohen earlier this year attempted to block the $460 million sale of iSoft to US integrator CSC in Australian courts.

Several pieces of evidence tendered to support Brian Cohen's claims included alleged discussions with his brother and other iSoft executives at the time of some of the breaches.

Cohen was made redundant in June this year, following the announcement of CSC's acquisition.

He allegedly attempted several months of negotiations with iSoft over his severance package before initiating court proceedings last month.

Cohen has also filed interlocutory relief while he serves the claims against iSoft Asia, which had overseen much of his employment under secondments to India.

No further court hearings are scheduled.

A spokeswoman for CSC did not return a request for comment at time of writing.

CSC recently announced completion of its acquisition of iSoft, which contributed $32 million in revenues during the systems integrator's second quarter results.

CSC chief financial officer Mike Mancuso told analysts that the purchase "should kick in very handsomely" for the company coffers over the next financial year, despite the initial slow-down.

But CSC received a grilling during a financial earnings call this month for continuing with the acquisition regardless of an ongoing investigation by the US Securities Exchange Commission.

Brian Cohen is now based in Singapore and has joined his brother at Sydney-based venture capital firm Marcel Equity.