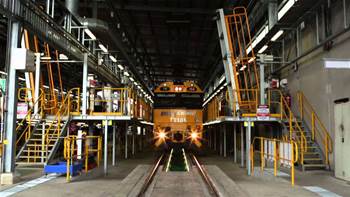 Former Arrow Energy CIO Ross Lennox has been appointed as IT operations manager at port and rail operator Asciano.

Lennox left Brisbane to work with Asciano from Sydney and will report into Asciano chief information officer Kelvin McGrath.

The former Arrow exec brings a great deal of experience to the role, including previous stints as CIO of Oil Search Limited and Macarthur Coal.

A spokesman for Asciano told iTnews Lennox will be responsible for corporate systems and integration, business intelligence and asset systems, operations business systems and IT Infrastructure groups.

Asciano had previously outsourced the majority of its back-office IT operations to Fujitsu in late 2012 after the completion of several upgrades and a consolidation of systems acquired from port operations across the country.

The company opted at the time to keep its service desk and other frontline IT operations in-house.

This year the company has continued to cut costs by restructuring its shared services division.

Arrow Energy is currently seeking a replacement for Lennox.