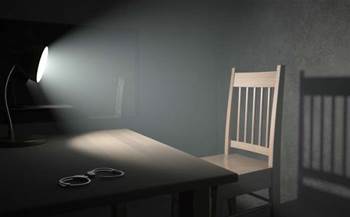 Five former Victorian education staffers at the heart of a major corruption inquiry into the botched Ultranet project have ended up working together again at the same English-language school in Saudi Arabia.

Victoria’s Independent Broad-based Anti-corruption Commission (IBAC) is probing the circumstances that led to the key contract in the $180 million schools IT project being handed to a consortium made up of CSG and Oracle.

At the heart of the inquiry are a cohort of former teachers and administrators originating at Victoria’s Glen Waverley Senior College under then-principal Darrell Fraser.

A school intranet being developed by the college back in the early 2000s was the foundation for what would go on to become the maligned Ultranet system.

The IBAC hearings have heard that Darrell Fraser was given a highly unusual promotion from school principal to one of the most senior deputies in the state’s Education Department in 2004.

He would subsequently hire his former GWSC employees Dianne Peck, Ben Cushing and Julie Petch to the department to work alongside him, and also later found consultancy work for another GWSC alumnus Frank Aloisio.

Fraser was assigned the role of project sponsor for the Ultranet project and is recognised as the driving force behind the scheme. Others variously served on the Ultranet board or contributed to the project in technical capacity.

More than ten years later, Peck, Fraser and Cushing are still together working at a Riyadh school that bases its teaching on the Victorian curriculum, but is run and funded locally.

They are joined in Saudi Arabia by Ron Lake, who IBAC says bought shares in CSG after it won the Ultranet contract, despite being a member of the Ultranet project board at the time, and Baker, who also bought shares while she worked at the Loddon Mallee Regional Office with Lake.

Former education secretary Richard Bolt - who pulled the plug on the Ultranet project that was already ailing by the time he joined the organisation - was quizzed yesterday about what he knew about the group, conceding there was “clearly a close connection between many of them”.