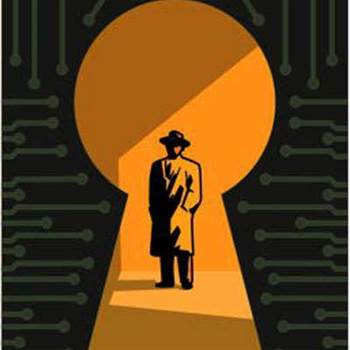 The governments of Australia, United States, United Kingdom, Canada and New Zealand have made the strongest statement yet that they intend to force technology providers to provide lawful access to users' encrypted communications.

At the Five Country Ministerial meeting on the Gold Coast last week, security and immigration ministers put forward a range of proposals to combat terrorism and crime, with a particular emphasis on the internet.

As part of that, the countries that share intelligence with each other under the Five-Eyes umbrella agreement, intend to "encourage information and communications technology service providers to voluntarily establish lawful access solutions to their products and services."

Such solutions will apply to products and services operated in the Five-Eyes countries which could legislate to compel their implementation.

"Should governments continue to encounter impediments to lawful access to information necessary to aid the protection of the citizens of our countries, we may pursue technological, enforcement, legislative or other measures to achieve lawful access solutions," the Five-Eyes joint statement on encryption said.

While the five countries are committed to personal and privacy rights that, along with the digital economy and government data, are protected by encryption, lawful access to information for the purpose of investigating threats and prosecuting crime now appears paramount.

While the rhetoric is sharp, the specifics are vague. Governments won't specify any particular interception technology, and will leave it to technology companies to create the solutions required that provide lawful access capability.

Creating so-called backdoors in applications and services to enable communications interception capabilities for law enforcement has persistently been criticised by cryptography and security experts as dangerous for decades now.

Despite the criticism and concerns that backdoors in Western equipment and services could be exploited and abused by totalitarian regimes elsewhere in the world, the Five-Eyes countries have pursued interception capabilities, saying not having these would undermine the rule of law.

At the summit, the Five-Eyes countries also issued a joint statement on countering illicit use of online spaces.

While the statement says the five countries "are committed to an open, safe and secure internet", it also calls for the tech industry to develop solutions that prevent illegal and illicit content from ever being uploaded.

Where there has been a failure to prevent uploads of undesirable material, tech vendors should develop capabilities to execute urgent and immediate takedowns of such content.

Human and automated systems should be developed to seek out and remove legacy content, the Five-Eyes nations said.

Capabilities to counter foreign interference and disinformation are also to be developed.