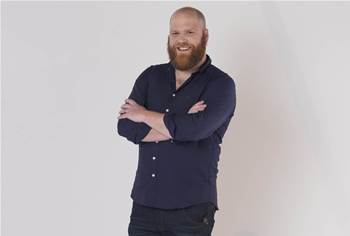 Fitness & Lifestyle Group - home to gyms like Fitness First, Goodlife Health Clubs and Jetts Fitness - consolidated the way it monitors the performance of websites and applications hosted in the cloud, in part to prevent disagreements over the root cause of issues.

Autonomy afforded to developers and portions of IT such as the service desk had allowed a number of monitoring tools, including Datadog, Splunk and New Relic, to take root.

“They teams all sat in IT, but each of those relative tribes used to have autonomy over the tools that they were using for monitoring," Skinner said.

“That posed a bit of an argument problem, when you've got a service that's being provided by the API and integrations team to the mobile team, and the mobile team is seeing one thing on their monitoring tool, and the API and integrations team is seeing something completely different on their monitoring tool - or not seeing it at all, for argument's sake.

“So there was no real true view of what was going on, and there was a lot of finger pointing and ‘blame games’.”

Skinner said he was exposed to Dynatrace at an AWS Summit and saw the tool as a good fit for the company’s situation.

Fitness & Lifestyle Group is “cloud-only” with its entire IT either on AWS or in software-as-a-service.

Skinner said the call to go with Dynatrace was made because it was less hands-on than other tools already in use.

“We've got a lean team, so we just don't have the capability or the resources to be able to have a team of full time resources assigned to monitoring these applications and websites,” he said.

“The management of those [existing] tools was a rather manual process across all three.

“You actually had to have somebody embedded in the in those tribes and squads maintaining the dashboards or looking at those on a day-by-day basis.”

Skinner said that the group’s cloud DevOps and SysOps teams use Dynatrace to “proactively monitor” for problems in its environment and to work through operational checklists.

The teams use Davis, an Alexa-powered virtual assistant from Dynatrace, to “check with Dynatrace to see if there's any high or critical problems that need to be resolved”.

“The idea is that they get to 10:30/11 o'clock in the morning, and there should be no problems remaining,” Skinner said.

“That type of governance for us has worked really well because it means that iteratively we're getting through these problems on a day-to-day basis, and not snowballing [little problems] up into one massive big problem.”

Dynatrace checks that a new build will not create a degradation in service compared to the existing production version.

“It provides a proactive rating back to the deployment manager,” he said, adding that it a feature update was deemed to cause a degradation to an API or app’s current performance, a warning would be issued to the development team involved.

“We had multiple instances of SQL running on multiple clusters within AWS,” Skinner said.

“Within the first week of running Dynatrace, we were actually able to see straight away that a lot of those clusters were were running at around about 30 to 40 percent utilisation, so we were effectively paying for a cluster at 100 percent, but only using it at 30 to 40 percent.

“We were able to effectively merge all those clusters together into one bigger SQL instance that we were able to put a HA [high availability] across the top of.

“That enabled us to optimize to that level where we were actually able to reduce some of the cluster footprint that we had across our SQL [footprint].”

The consolidated structure for SQL on AWS worked well because demand for resources is peaky.

“We have significantly large utilization of databases at specific times of day,” Skinner said.

“Peak times in the health and fitness industry are similar to peak times in the retail industry. You've got very, very short burst clusters of activity in the business, then that plateaus out and then goes back to a burst. Mornings, afternoons and evenings are rather busy.

“That optimisation enabled us, from a Dynatrace perspective, to view that and go, 'OK, we're not actually utilising those SQL instances as well as probably what we should, let's look at it in a different way’.”

In the future, Skinner sees opportunities to expand the use of Dynatrace further to digital experience monitoring.

“Digital experience monitoring is of utmost interest to us because it means that our product and development teams can be testing these types of things, and iteratively improving the digital experience."