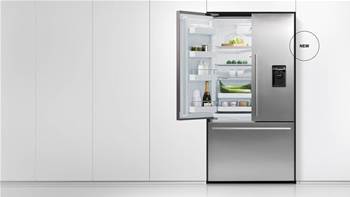 Fisher & Paykel Appliances is the latest big brand name to be struck down by ransomware, shutting down its operations while it recovered following the attack.

"The attempt was identified quickly and, as a result, we locked down our IT ecosystem immediately," he said.

"We are currently working with third party experts to restore our systems and our ability to take and fulfil orders, as well as introducing additional security measures."

Luxmoore said the attack impacted manufacturing and distribution at F&P Appliances, with its facilities shut down while dealing with the ransomware attack.

The ransomware used in the Fisher & Paykel attack was Nefilim.

Nefilim was also used in devastating attack on Toll Group earlier this year, in which over 200 gigabytes of data was exfiltrated.

Following the example of other ransomware criminal gangs such as Maze, Sodinokibi, and DoppelPaymer, the extortionists behind Nefilim threaten to release victims' data in order to force them to pay a ransom.

The attack on Fisher & Paykel Appliances comes as attacks against large corporates in the region mount up, including also one on beverages giant Lion and Japanese car manufacturer Honda, both of which impacted production lines.

Luxmoore said Fisher & Paykel Appliances is working with other businesses to understand how it can better protect itself from this type of criminal activity.