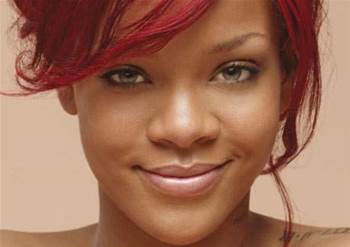 One was a Rihanna song.

The first New Zealander has been found guilty by the Copyright Tribunal under the country's anti-file sharing law and ordered to pay a total of NZ$616.57 (A$493.22) for three infringements.

Hearing an application from the Recording Industry Association of New Zealand, the tribunal was told that the person accused of file sharing had downloaded two songs, "Man Down" by Rihanna and "Tonight Tonight"  by Hot Chelle Rae, the first tune twice, between November 2011 and July 2012.

The accused, a Telecom New Zealand customer, admitted she had downloaded the first Rihanna song, but said she was unaware that it was illegal to do so.

As for the second song, the accused said neither she nor anyone in her household downloaded it, and "can't claim responsibility for doing this".

The accused was found by the tribunal to have downloaded the songs and was ordered to compensate RIANZ with NZ$1.79 for the Hot Chelle Rae song, and NZ$2.39 times two for the Rihanna one.

She was also ordered to contribute NZ$50 towards the cost of sending out copyright infringement notices and NZ$200 to compensate RIANZ for the tribunal application fee.

Seeking a deterrent penalty, RIANZ said in its appplication to the tribunal that having BitTorrent software installed on a computer demonstrates flagrancy on part of the file sharer, along with the file sharing taking place three times over an eight-month period.

However, the Copyright Tribunal disagreed that the above constituted flagrant infringement and set the deterrent at NZ$120 per infringement.

A further eleven alleged file sharers await their hearings before the tribunal, which can award damages of up to NZ$15,000 (A$12,000). In October last year, the first anti-file sharing case before the tribunal fell through after RIANZ withdrew its application.

RIANZ had asked for a total of NZ$2,699.25 in penalties for five songs, saying each had been downloaded ninety times in its estimate.

As the current case is one of the first to go through the whole process before the Copyright Tribunal under the new law, it provided more detail than usual on its decision which was published by the National Business Review.

Full text of the decision below.