First Android netbook due out this winter 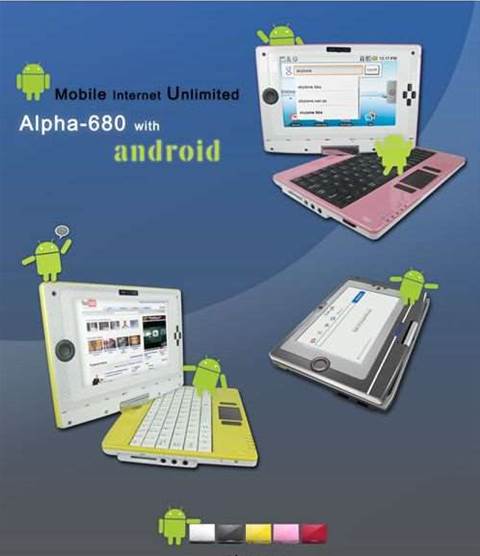 The Alpha 680, made by Chinese company Guangzhou Skytone Transmission Technologies (GSTT), has already been previewed at an electronics trade show in Hong Kong, and gathered the attention of bloggers with its eye-catching design.

GSTT said that it expected to release prototypes of the Alpha 680 running low-cost ARM chips in June.

The device features a 7in screen, webcam, SD card reader, 1GB Nand Flash, AV out, two USB ports and an Ethernet port. It also has a hinge that allows it to be used as a netbook or a tablet PC.

Reports suggest that the netbook will sell for anything between US$99 (A$139) and US$250 when it is released.

Fashion-aware users can choose from a range of five colours - black, white, pink, red and yellow - and connectivity options include Edge, GPRS, CDMA, WCDMA and Wi-Fi.

The Alpha 680 comes with an instant messaging client, a handful of games, and Google docs and Gmail as standard applications.

Got a news tip for our journalists? Share it with us anonymously here.
Copyright ©v3.co.uk
Tags:
alpha android chinese first google hardware netbook