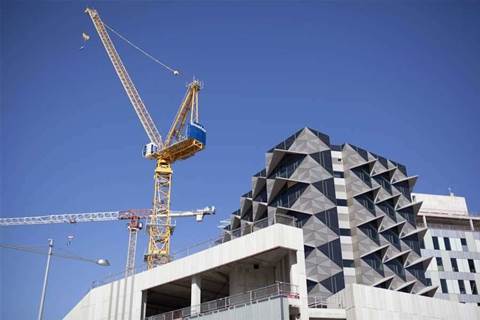 Western Australia's Fiona Stanley Hospital is months away from finalising its ICT contracts ahead of a mid-2014 launch.

The $2 billion hospital is currently undergoing a large-scale ICT procurement process covering everything from core networking and storage infrastructure to end-user computing and applications.

Boyle said the hospital was in the "pre-ops period", with a majority of procurement processes either close to completion or mid-way through, and due to be finalised in the next few months.

Both integrators were sub-contracted by head contractor Serco under a $4.3 billion services deal inked in July last year.

"The [Serco] contract was signed mid-last year through to April 2014 when the hospital is due to open, so we're now in what we call the pre-ops period," Boyle said.

Boyle said Data#3 and Dimension Data won the tender based on price, quality of solution, and "a range of technology-based criteria".

He said the hospital intended to be "very wireless enabled", with IT infrastructure that would facilitate the use of mobile devices throughout the hospital.

Installation of data storage and networking equipment had commenced at the hospital, Boyle said.

"It was just a classic open tendering process," he said of the new IT infrastructure deal.

"All of the ICT infrastructure applications were split up into specific solutions packages [and] those two companies effectively tendered in the open market and won out."

He highlighted mobility and virtualised desktops as key factors in the design of the hospital's ICT infrastructure, with mobile devices used "extensively" by clinical services and facility management.

"An existing hospital's ICT infrastructure builds up over a long period of time; some of it is very old and some of it is new," he said.

"We have the ability to design for a modern hospital, so we can take advantage of the latest hardware and software.

"Most of the agreements we're taking out with the suppliers provide support for really top-notch support mechanisms.

"So it's not just about installing it and it starts to decay; instead, all of this equipment and the software that sits on it will be maintained to the highest level."

Boyle said the hospital was still in the "design stage" for finalising mobility devices and had yet to commit to any specific vendors.

However, he expected the hospital to use "core Windows-based" operating systems for most of its mobility needs.