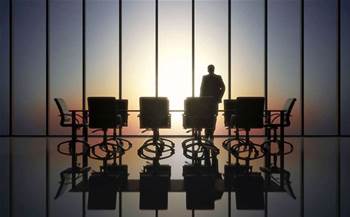 Rebecca Schot-Guppy steps down from the top spot.

Australia’s fintech association has now opened expressions of interest and will undergo a global hunt for a new CEO.

FinTech Australia represents around 300 startups and includes members such as neobanks 86 400 and Volt.

Schot-Guppy, who has led FinTech Australia for the last three years, is set to start her new role at IAG Firemark Venture in November.

She has been a huge advocate for the Australian fintech industry and told iTnews that leaving the position was “was the hardest decision of my life”.

“Fintech Australia has been a big part of my life for almost three and a bit years,” Schot-Guppy said.

“I wasn't looking for a role, but the IAG role presented itself and it's an amazing opportunity for me to grow and develop, [and] also to have an impact in the investment space and really help drive IAG's vision forward.

“It was an exciting new opportunity for me and somewhere that I thought I could make an impact in the future.”

Schot-Guppy added her new role will still be closely aligned with the fintech and insuretech space and has had the “privilege of getting to know the [IAG Firemark Ventures] team over a period of three years”.

Schot-Guppy said she was incredibly proud of the work achieved during her stint as CEO, mostly notably membership growth and advocating for policy changes including extending JobKeeper to fintechs.

Another achievement is the strong growth of FinTech Australia’s flagship events and being the first ever industry association to embed a global engagement manager from Austrade.

“We have been kind of a test pilot for that, but it's going really well,” she said.

“We're now helping our member companies expand and export overseas, which I think is incredibly exciting.”

Schot-Guppy said she looks forward to working with the board over the next three months.

“There's a few things I'd like to round out to ensure our future growth but, more importantly, to help them find the next CEO and senior policy person to enable the organisation to continue to work with the team.”

Earlier this week Schot-Guppy spoke to iTnews regarding the sale of Afterpay to mobile payments giant Square, calling it “a testament to the strength of the Australian ecosystem and the progress to the digital lead economy we are striving for”.

“We expect to see activity and interest in our industry continue to skyrocket on the back of this transaction," Schot-Guppy said.