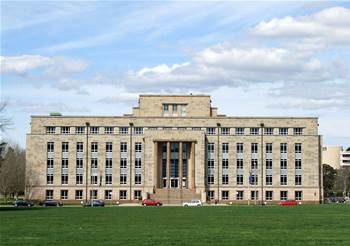 The transfer of control of the federal government’s big ticket ICT procurement agenda to the Digital Transformation Agency has unleashed a wave of ambitious whole-of-sector reform projects at the powerful Department of Finance, the agency’s annual report reveals.

Released on Thursday, Finance’s annual catalogue of activity reveals it has finally bedded down and is using its new Central Budget Management System (CBMS-R), saying it “has now been used successfully for one full budget cycle”.

While the cut-over to CBMS-R from various legacy systems was always a given, the real test for the key financials platform happens at the end of a budget year when its results are tallied-up and reconciled to provide a holistic picture of spending and savings.

The great hope for the system, for both bureaucrats and politicians, is that it will finally end the so-called game of “guesstimates” that has for decades been part and parcel of the budget review process, frequently bogging program administrators as they try to find answers to questions on notice.

“CBMS now has a sustainable platform that is supported and upgradeable. It provides the capability to improve processes and frameworks, including greater opportunities for granular data analysis, enhanced reporting for Budget Estimates and more systematised reconciliation processes,” Finance said in its annual report.

The big win for users – which includes agencies outside of finance too – is that they now have access to a web-based interface and can pull accurate granular data out of the great central budgeting machine.

The annual report also reveals that the agency is forging ahead with a streamlining and automation project for the budget process (that includes proposals and requests for money as well as spending it) through the Public Service Modernisation Fund.

Finance’s yearly stocktake of activities also reveals one of the great hold-outs of digital reform, the production of annual reports, is set for major shake-up, finally sounding a death-knell of the dominance of Adobe’s unwieldy PDF format as the final record of electronic truth.

“Finance is leading a pilot program to digitise the development and publication of the annual reports of Commonwealth entities and companies. This year’s annual report was developed using the tool.

While the production of annual reports may outwardly appear ancillary to the core activities of agencies, the documents represent the final source of truth and record used in reviewing agency activities and are regarded as a key resource to get a holistic picture of public sector activity.

The standardisation of annual report production, like budget processes, offers an unsurpassed opportunity for central agencies to finally get a clear picture of agency performance and to slice and dice like-for-like comparisons in areas that would otherwise require costly separate reporting.

“Since taking over responsibility for the Service Delivery Office in December 2016, Finance has systematically redesigned its operating model and modernised and revolutionised many services,” the report said.

“This has turned the office into a more agile and efficient service centre with a 10 per cent reduction in operating costs in one year, which has been returned to client departments. The combined enhancements are delivering tangible benefits across numerous departments and are directly aligned with Finance’s purpose of helping government to manage public resources more effectively and cost-efficiently.”