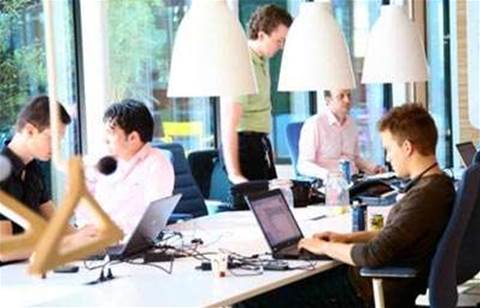 The Department of Finance has chosen Data#3 to provide a new Microsoft platform that will replace the whole-of-government collaboration service known as Govdex.

Govdex was established in 2006 to allow users to share files, create and manage discussion groups, and track tasks and issues.

It has collected more than 90,000 users from across the federal, state and territory governments, not-for-profits, the private sector, and education institutions since its debut, with 18,000 active users in any three-month period as of late 2016.

But performance shortfalls and Finance's desire to upgrade the platform’s modest feature set led it to undertake a study into the feasibility of replacing Govdex with a “more robust and modern platform” in October 2015.

The department went looking for a new collaboration solution in early 2017 that it hoped would take advantage of “next generation tools” such as crowdsourcing, real-time document editing, group conferencing, and instant messaging to reduce barriers to information sharing as well as improved mobility.

It has now selected Data#3 to provide the underpinning technology using Microsoft Office 365 and Azure.

Finance chief information officer John Sheridan said the department will work with Data#3 and several government agencies to deliver a collaboration service that is responsive to user needs.

“The new Govdex will provide government employees and their industry partners with a modern collaboration environment through which they can connect, interact, and coordinate work efforts, seamlessly, across organisational and geographical boundaries,” Sheridan said in a blog post.

The new service will give users real-time collaboration tools such as instant messaging and the ability to share and modify documents in real-time, as well as an online profile, and will also make it possible to set different levels of access - open, semi-private, and private - for communities.

Users will be advised on implementation next month, and information on the migration process will be communicated in April, Sheridan said.